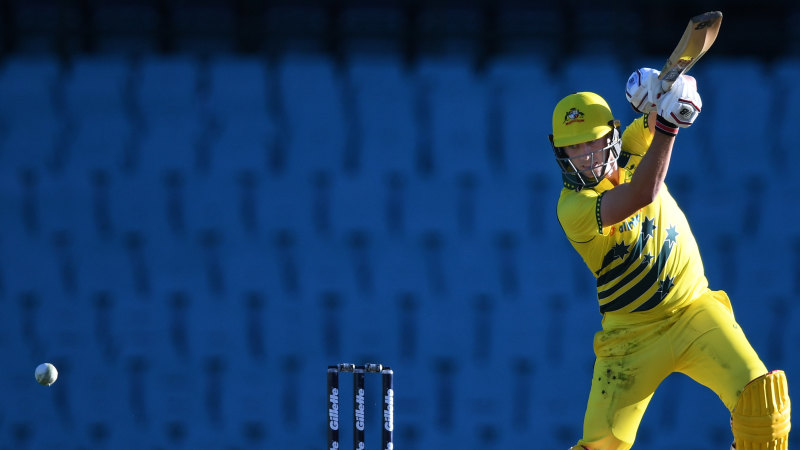 But even that level of precaution looks to be short of the global trend as major leagues, matches and events are postponed or cancelled. It has only taken one positive test of coronavirus for an athlete to put leagues and seasons in a state of limbo.

Europe, now the epicentre of the COVID-19 outbreak, has become a football-free continent as leagues and tournaments are put on ice until at least the start of April. The United States has also become a barren sporting landscape as the NBA, which was nearing its playoffs, suspended its season, as did organisers of the hugely popular NCAA March Madness tournament.

Outside of the disrupted professional leagues, one of the most significant delays is that of golf’s Masters at Augusta, an April staple and one of the most-revered tournaments in the sport.

“Unfortunately, the ever-increasing risks associated with the widespread coronavirus Covid-19 have led us to a decision that undoubtedly will be disappointing to many, although I am confident is appropriate under these unique circumstances,” said August chairman Fred Ridley. “Ultimately, the health and well-being of everyone associated with these events and the citizens of the Augusta community led us to this decision. We hope this postponement puts us in the best position to safely host the Masters tournament and our amateur events at some later date.”

Clubs, governing bodies and broadcasters seem determined for Australian sport to continue with fan lockouts but that may not be enough and health experts are increasingly warning that too much vigilance is not enough as our winter approaches.

How long sports can continue to play without fans remains to be seen given the hit to the bottom line, while the almost overwhelming international trend to make tough calls on major events would make Australia an outlier if matches were to press on regardless.

Postponements and cancellations will have different impacts on different athletes. Those in professional team environments can plan and train for a possible return date but others, especially those in Olympic sports, face even more significant disruptions.

Already dozens of events around the world leading up to Tokyo 2020, which is itself in doubt, have been thrown into chaos. Locally, the Australian swimming championships set for Perth in April have been cancelled but while they were a key lead-up meet, at least they weren’t doubling as Olympic qualifiers.

The same can’t be said for the Australian track and field titles due to be run in Sydney later this month, an Olympic qualifying event that has now been cancelled, leaving the path to the Games up in the air for aspirants.

MAJOR SPORT AROUND THE WORLD AND HOW IT’S BEING AFFECTED

NHL – The National Hockey League season has been suspended indefinitey.

NASCAR – Organisers have postponed the next two races of the NASCAR season as of Saturday.

PGA – Golf has been rocked with the Tour suspended for three weeks and The Masters tournament, due to be held from April 9-12, postponed to a future date.

LPGA – The women’s Tour has postponed its next three tournaments, one in Arizona and two in California.

BOXING – A Madison Square Garden card to be held on St Patrick’s Day and featuring Ireland’s Michael Conlan has been postponed, while Shakur Stevenson is another with bouts to be postponed.

TENNIS – The ATP and WTA Tours have been suspended for five weeks, including major tournaments at Indian Wells and Miami.

RUNNING – The Boston Marathon has been moved to September.

FOOTBALL – All elite football in the UK has been suspended until April 3, including the Premier League, EFL, FA Women’s Super League and the Women’s Championship. All tournaments on continental Europe have been postponed by UEFA, including the Champion’s League and Europa League. Top flight leagues in France, Germany, Italy, Spain and Portugal have also postponed seasons until April.

HORSE RACING – Most meetings to be held behind closed doors but the situation could change at any stage.

RUGBY LEAGUE – The Super League game between Leeds and Catalans, which was set to be played with no fans, has now been postponed. Other Challenge Cup matches were due to take place.

RUGBY UNION – The Six Nations rugby tournament has been hit hard, with Wales-Scotland in Cardiff called off, as has Italy-England and Ireland-France. The Women’s Six Nations fixtures due to be played across the weekend have been cancelled, while matches in the French Pro14 and Premiership Rugby Cup in the UK have suffered postponements.

UFC – A major card at London’s 02 Arena next weekend was set to go ahead as of late Saturday.

CYCLING – The Giro d’Italia, due to start in May, has been postponed, as has a Six Day Manchester event in the UK. A Paris-Nice due to end on Sunday was stopped after a blanket ban by the French Cycling Federation.

FOOTBALL – The Chinese Super League, the Japanese J League and the Korean K League are among the major leagues now postponed. All World Cup qualifiers due to be played in Asia have been put on hold, as have all other international matches in the region.

CRICKET – The Indian Premier League start has been pushed back until mid-April while the England Test squad have returned home from Sri Lanka, abandoning a two-Test series that was due to start on March 19.

ATHLETICS – The World Indoor Championships due to be held in China have been postponed.

AFL – Round one games to proceed with a spectator lock-out.

NRL – Round one games to be played per normal, with a spectator lock out in place for round two and beyond.

CRICKET – The ODI series between Australia and New Zealand has been cancelled due to new border restrictions in place in NZ. Sheffield Shield matches have been closed to the public.

FOOTBALL – A-League fixtures due to go ahead as planned across the weekend.

RUGBY – Super Rugby fixtures in Australia were due to be played as per schedule.

BASKETBALL – The NBL finals between the Sydney Kings and Perth Wildcats will be played behind closed doors.

SWIMMING – The NSW Championships have continued as planned over the weekend the Australian Championships (these are not Olympic trials) and Age Championships due to be held in Perth in April have been cancelled.

ATHLETICS – The national championships, due to be held on March 26 in Sydney, have been postponed. These were an Olympic qualifying event.

NETBALL – The national U17 and U19 championships due to be held in Hobart from April 18 have been cancelled.