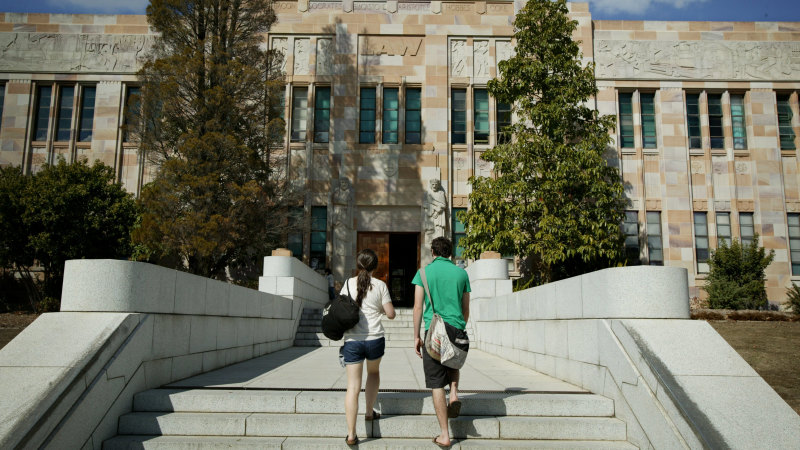 Chief health officer Jeannette Young said the rise in cases was in line with modelling that showed one-in-four people in Queensland would eventually become infected.

Though Dr Young insisted the virus was still fully contained in Queensland, as far as she was aware, and not spreading within the community as it was in NSW.

UQ assured third-year psychology students they would have online access to learning resources “from next week”, and those who are required to self-isolate would not be disadvantaged.

“Our staff across the university are working rapidly to transition to online teaching and other modes of delivery,” the university said, in the statement.

“Most lectures and lecture material are already available online for those who don’t wish to come to lectures.”

Both attended classes at the St Lucia campus across three separate days in the past two weeks.

The latest patient also spent time on Monday in a study area near the campus bar. Notices were later posted inside and on the doors.

A Chinese student who fell ill with coronavirus earlier this month was believed to have not attended classes at the campus after returning to the country. His roommate in nearby Toowong also fell ill but later tested negative.

Southern Cross University closed its Gold Coast and Lismore campuses for the day on Wednesday after a travelling Philippines-based staff member was diagnosed.

Classes and research at UQ will continue as usual next week, based on federal government advice banning non-essential gatherings of more than 500 people from Monday.

The symptoms of coronavirus include:

If you suspect you or a family member has coronavirus you should call (not visit) your GP or ring the national Coronavirus Health Information Hotline on 1800 020 080.

Education Minister Grace Grace said Queensland schools would also remain open, with decisions to be made “quickly” to close individual sites if the need arose.

Mr Hinchcliffe was contacted for comment. The Electoral Commission of Queensland previously said it would continue to monitor the situation.

The cases announced on Friday included a person in Kingaroy, inland from the Sunshine Coast, and a man who travelled to Rockhampton and became unwell, representing the first time the virus had spread outside the state’s south-east corner.

On Saturday, Health Minister Steven Miles announced the state’s first trial of a drive-through testing facility – expected to run every day from 10am to 6pm – had been opened at the Caloundra Health Service’s Minor Injury and Illness Clinic.

Final preparations were under way to establish another facility at Toowoomba’s Baillie Henderson Hospital. Other states have rolled out similar drive-throughs.

In Queensland, tests are being conducted on those who have been overseas in the past 14 days – or in close contact with a confirmed case – and have a fever or any respiratory symptoms.

“If people meet the testing criteria, swabs will then be taken, and the swabs sent for testing,” Mr Miles said.