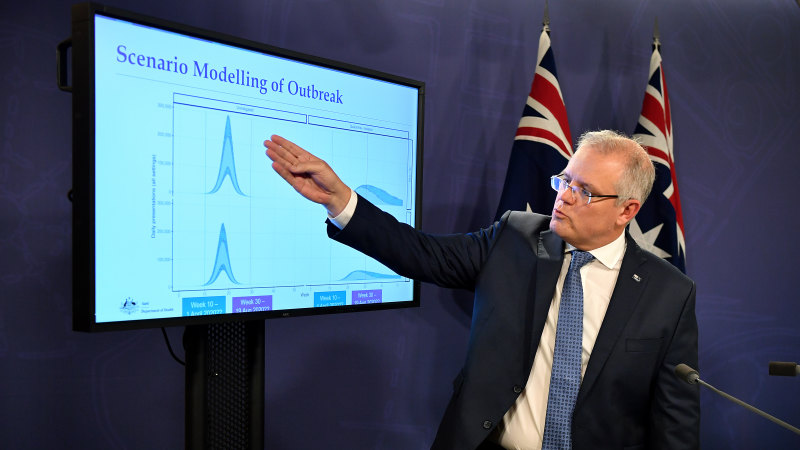 “Bans have been very effective to date.”

Mr Morrison also confirmed that from Monday, non-essential events attracting more than 500 people would be banned.

The Prime Minister said the ban would apply to “static” gatherings where people sit close to each other for a prolonged period of time.

Governments are looking at specific guidelines for upcoming Anzac Day events. There may also be restrictions or special arrangements for people visiting aged care facilities and in remote communities such as those in South Australia, Western Australia, the Northern Territory and Queensland.

Other restrictions, covering gatherings in enclosed spaces, are going to be considered by governments on Tuesday evening.

Mr Morrison revealed the federal Cabinet will not be meeting in person as often as usual due to the issues surrounding coronavirus.

“The Cabinet itself will now be meeting more regularly by video-conferencing rather than all cabinet members being in the one place,” he said.

“Leaders and other politicians, you can expect to see not travelling as much. That is simply to try and manage the normal process would expect as we move into the next phase which we will do today.”