Emissions to fall by millions of tonnes as coronavirus stalls economy 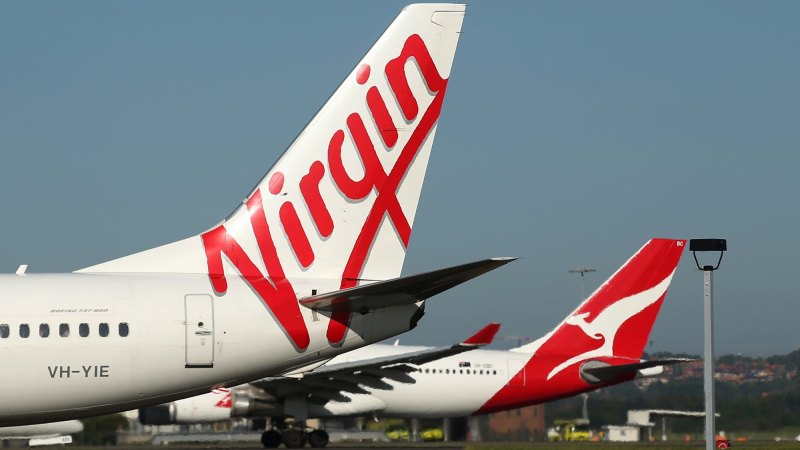 Assuming Virgin Australia ends up matching Qantas’ retreat even for a couple of months, their emissions will drop “15-20 per cent” or more than a million tonnes, Louise Walsh, a senior consultant with Ndevr Environmental said.

The reduction in emissions will probably be amplified the longer the slowdown in air traffic lasts, and as related travel activities also shrink.

The overall transport sector makes up about 19 per cent of Australia’s total emissions, or more than 100 million tonnes of carbon dioxide-equivalent (CO-e) a year, national inventory figures show.

Australia’s emissions have been flat in recent quarters. Reductions in pollution from the electricity sector resulting from renewables pushing out gas and coal have been countered by soaring emissions from the booming gas export industry.

Many other nations are likely to see a drop in greenhouse gas emissions as a result of the dislocation to their economies as governments struggle to contain the spread of the virus.

China slammed the brakes on economic activity in February and this month in a bid to halt the contagion.

Analysts such as Lauri Myllyvirta have estimated China’s industrial output dived 40 per cent or more, with the slowdown lopping carbon emissions by 200 million tonnes of CO-e so far. A gauge of another greenhouse gas, nitrogen dioxide (NO2), showed some modest recovery in output by early March.

Richard Merzian, climate and energy program director at the Australia Institute, said global carbon emissions from aviation in February 2020 were lower than the same time a year ago.

“The question remains whether COVID-19 will drive a permanent change in global flying habits,” Mr Merzian said. “However, previous epidemics like Avian flu, MERS and SARS saw the volume of air travel recover within a few short months.”

Still, with the travel and quarantine restrictions in place, “there has been an increased demand for alternative solutions – services like teleconferencing system Zoom recorded more active users in the first two months of 2020 than in all of 2019”, he said.

Dylan McConnell, an energy analyst at Melbourne University’s Climate & Energy College, said there was no sign yet of any noticeable shift in electricity demand that may point to reduced emissions from Australia’s largest single source of carbon pollution.

One trend to watch will be if the collapsing international gas price alters the mix of fuels used by Australia’s power generators.

“Gas prices have been falling for a while, but the drop in LNG exports has exacerbated that quite a bit,” Dr McConnell said. “So you might expect to see some coal to gas switching in the near term.”

Previous ‘It would be wrong’: Why stadium funds can’t be used to bail out sport
Next Likely Copa America postponement would force withdrawal of Socceroos

Coronavirus presents us with terrible climate risk – and opportunity

So today, even as the skies, roads and seas of the world empty of polluting …