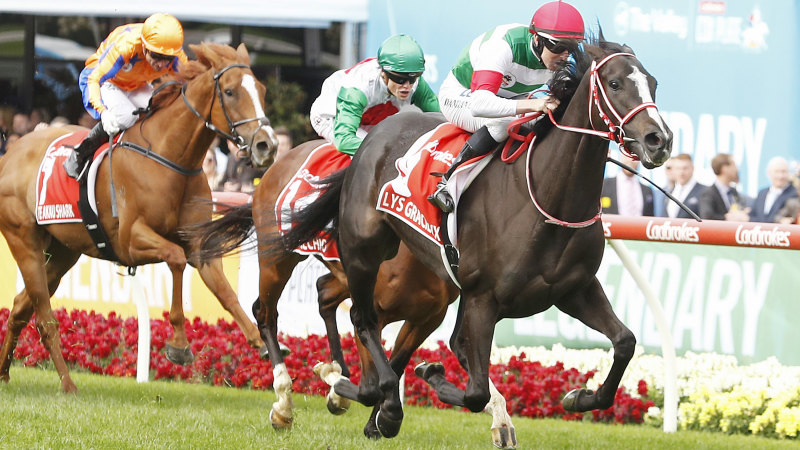 “Richard has done a great job with him and he is a lot stronger now.

“I got on him third-up last preparation in the Cox Plate and it will be the same on Saturday, and he feels like a horse ready for 2000m and the Derby. He is a real stayer with two good options in group 1s coming up.”

Williams has organised a 14-seat plane for jockeys after Friday night’s William Reid meeting at Moonee Valley. The times for the meeting have been brought forward so the jockeys can possibly fly to Sydney straight after it. That will depend on weather conditions.

“It was a good practice run,” Williams said of Tuesday’s dash. “All the boys are being very professional about what is happening, and Michael Walker came back with me [to Melbourne on Tuesday],” Williams said. “He was there taking his temperature when I got to the airport. He got back here and went and rode a winner at Cranbourne.

“It’s great that racing is working together during this crisis and keeping going.”

Williams will have a busy weekend with Loving Gaby looking to make it the group 1 sprint double at the Valley in the William Reid after winning the Manikato Stakes in the spring.

“She is a three-year-old filly but she is among the best sprinters in the country, and her work suggests she will be in the finish,” Williams said.

He has five group 1 rides at Rosehill on Saturday, including Blue Diamond placegetter Personal in the Golden Slipper. He was disappointed when she drew the outside gate of 19.

“She finished with the two at the top market for the Slipper [Tagaloa and Hanseatic] in the Blue Diamond and I was quietly confident of her chances before the draw,” Williams said. “She trialled really well up there last week.”