Breaking News
Home / Victoria News / ‘We’re all in this together’: Amid uncertainty, a tradie delivers good sense

‘We’re all in this together’: Amid uncertainty, a tradie delivers good sense

admin 3 weeks ago Victoria News Comments Off on ‘We’re all in this together’: Amid uncertainty, a tradie delivers good sense 16 Views 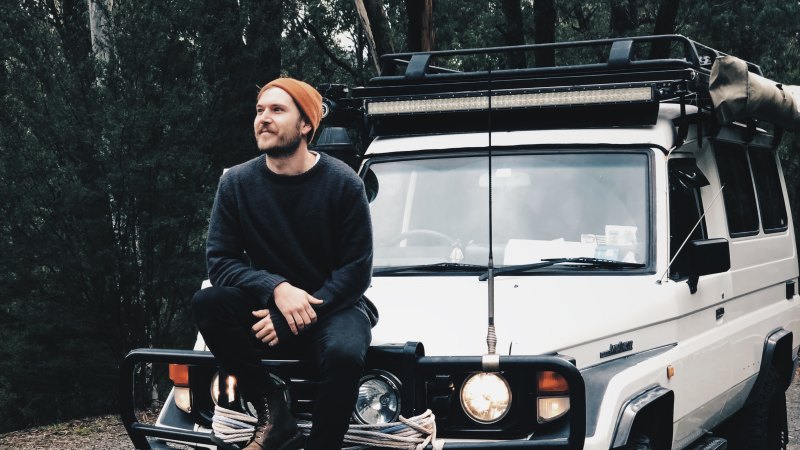 He was grappling with a proposal to seek truckies and labourers to load donated building materials and to cart them across the state to help bushfire-struck farmers.

The process would require several people to make a pick-up in the bush, more to achieve a drop-off and new pick-up in Melbourne and an unloading operation in north-east Victoria.

And then … could he really ask for volunteers to work together in a rebuilding program on burnt-out farms when everyone was being told to practise “social distancing”?

The dilemma, I could hear through the phone, was wrenching at him.

Piers couldn’t imagine turning his back on farmers who needed all the help they could get after they’d lost almost everything over the long summer.

But nor could he imagine risking the health of volunteers, and more to the point, risking the chance of them spreading the virus across the community.

He’d been wrestling, too, with comments he’d heard regularly from mates about how this new virus would be pretty mild among most people, and how it was only old people who would be at risk, and wasn’t that the natural order of things?

He’d had to think about this.

He’d come to figure that even if the physically robust suffered only mild symptoms, every one of them would likely pass it on until very large numbers of people – those with compromised immune symptoms, whatever their age, those already suffering illness and yes, the old – would start dying.

And he’d read that the health system simply couldn’t cope – not enough beds and equipment – if things got really bad. So what about all the others suffering the usual heart attacks and strokes and all sorts of agonies that would need hospital assistance?

The Chinese at the start of this pandemic, and recently Italians and now the Spanish and French, are in accord – most of them didn’t take the virus seriously enough, either, until it was too late. The rest of us can’t imagine what’s coming, some of their leading commentators are warning.

It was possible, however, to take heart from the willingness of my telephone acquaintance to struggle with his conundrum, as old as ethics: do you pull away from helping a few in the cause of protecting the many?

He’d come down, it turned out, on the side of the many, postponing, at least, the plan to call for volunteers to haul donated building materials across the state, or anything else.

“Given what we know and more importantly what we DON’T know at the moment, we’re going to suspend the use of our website for the time being,” he wrote on the Facebook page of Tradies for Fire-Affected Communities.

“The idea of encouraging tradies to head into these towns from the city feels hugely irresponsible….

“Having said that, once we know a bit more we can work out the next steps.”

We got talking, as everyone does these days, about how economically disastrous the pandemic was going to prove.

And once again, this young man who works with his hands for a living and his head for the rest, rose to the challenge.

“The thing we have to remember,” Piers said, “is we’re all in this together.”

At times like this, isolated, unsettled, and a storm of unknown proportions approaching, we all need to hear a bit of unembossed good sense.

In the absence of any certainty about anything, a tradie had delivered.

Previous ‘Huge tick’: Young star re-signs with Giants before even making debut
Next AFL Commission weighs up one of the biggest decisions in the game’s history