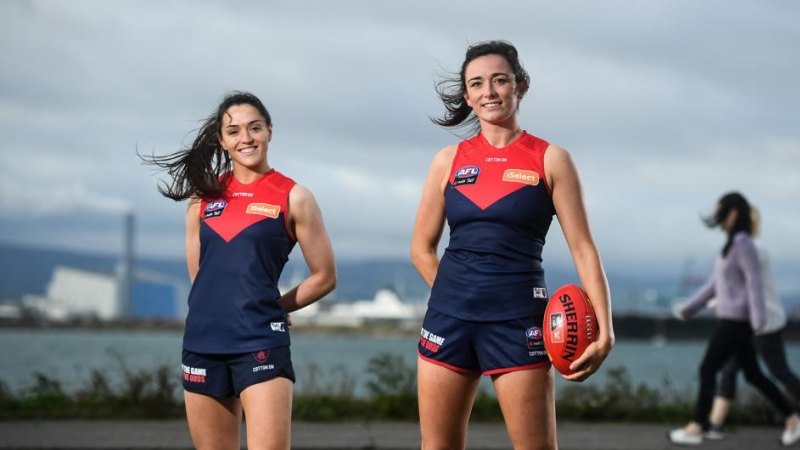 Collingwood played Irish recruits Aishling Sheridan and Sarah Rowe, however sources at the Pies say both have decided to play out the season.

Rowe will try to return home once the season is over while Sheridan is considering whether to play VFLW with the Pies.

“With so much uncertainty in the world at the moment, we think what’s best for Niamh and Sinead is to be back home in Ireland with their families,” Demons AFLW football manager Daniel McPherson said.

“Whilst we would obviously love for both of them to be lining up for us against GWS in our first ever AFLW final this Saturday, we took the view that getting them home safely was far more important at this point in time.”

All schools, universities, restaurants, bars and childcare facilities are closed in Ireland while there are some travel restrictions in place. Though their borders remain open for now, March 19, local time, is the last time Irish citizens are guaranteed they will be allowed back into the country from abroad.

The AFLW finals series was brought forward by two weeks to try and fit in a season result.

AFLW footy boss Livingstone said trying to ensure there was a winner in the case that the competition was banned between this weekend’s elimination finals and the grand final in two weeks’ time was complex.

“We will make some determinations about that in the coming days and coming weeks as to what that might look like on how we might crown a premier if we don’t get through to the grand final, which will take place on the weekend of April 4-5,” she told SEN radio.

She also said that there were special travel plans in place for each team needing to fly interstate this weekend.

“Last week we put some plans in place just for a row separating [players] from public wherever possible and we had a couple of teams on the same flight to Alice Springs,” Livingstone said.

“Wherever possible they are on chartered flights as well and I think we have actually achieved that for all our travelling teams [this weekend].

“Single rooms [too], really trying to make sure we adhere to, as a code … to the same guidelines and parameters when it comes to this.”