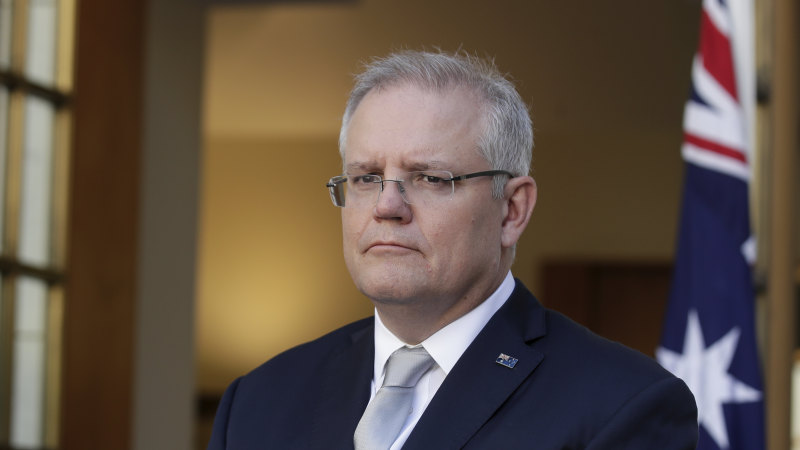 “So, the overwhelming proportion of cases in Australia have been imported.”

The move comes as airlines including Qantas and AirAsia prepare to completely halt international services, which could leave Australians stranded if they don’t find a way home in the coming days.

One source within the aviation industry said it would be “very difficult” for Australians to get home from many parts of the world from the start of next month with more airlines expected to cancel international flights.

Australians in some South American countries are struggling to get out with a number of local lockdowns.

The government has urged some stranded travellers to consider charter flights costing up to $300,000.

Australian Ambassador to Perú and Bolivia, Diana Nelson, said on social media Australians seeking to depart Peru from Lima or Cusco, or from La Paz in Bolivia, should contact a commercial company running commercial flights.

The Department of Foreign Affairs and Trade estimates there are currently around one million Australians living and working overseas, but it does not know exactly how many Australian travellers there are needing to get back to the country.

Millions of Australians travel overseas every year. In 2018-19, there were more than 11.2 million overseas trips from Australia in 2018-19.

The Morrison government insists it has no plans for any more assisted departures from overseas like the two Qantas emergency flights it organised earlier this year for Australians stuck in the Chinese of Wuhan.

Mr Morrison said he was aware of a group of Australians stuck in South America that have been unable to get flights home.

He said there are “limitations to what can be done” and hoped they were safe.

“There will be Australians in many places around the world who will find themselves finding it a lot harder to get back to Australia than otherwise.”

Mr Morrison said the coronavirus has been a matter of public record for several months and many Australians have taken “wise decisions” to get back home sooner.

“We’re working hard to make sure we can keep some flights open so Australians can make their way back,” he said.

“But those who find themselves in a more remote location we will have to work closely with through our consular officers”.

Mr Morrison said the further step to ban travel to Australia for non-residents was made to help stop the spread of COVID-19.

“The reason for this decision is about 80 per cent of the cases we have in Australia are either the result of someone who has contracted the virus overseas or someone who has had eight direct contact with someone who has returned from overseas,” he said.

“So, the overwhelming proportion of cases in Australia have been imported.”