Bernie Sanders’ campaign says he is reassessing, not dropping out

admin March 19, 2020 World News Comments Off on Bernie Sanders’ campaign says he is reassessing, not dropping out 40 Views 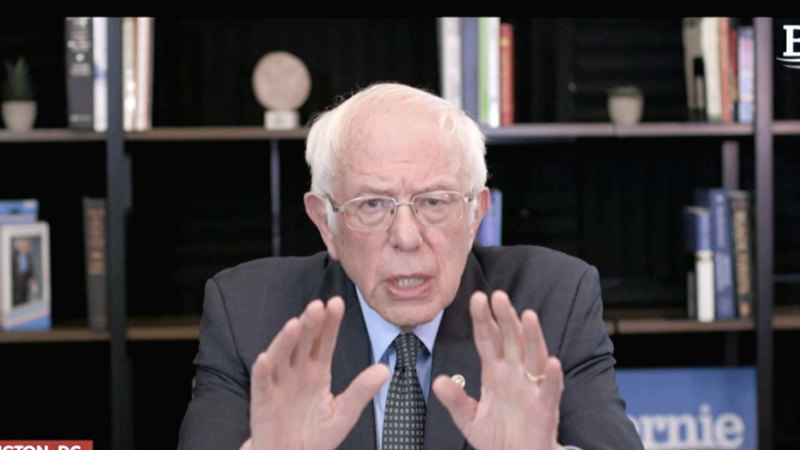 Earlier Wednesday, campaign manager Faiz Shakir said Sanders “is going to be having conversations with supporters to assess his campaign.” But Shakir also suggested that Sanders was in no hurry to make any decisions about ending his 2020 bid, noting that “the next primary contest is at least three weeks away.”

More immediately, Shakir said, Sanders “is focused on the government response to the coronavirus outbreak and ensuring that we take care of working people and the most vulnerable.”

Reports later surfaced that Sanders was suspending his campaign, prompting spokesman Mike Casca to say that the candidate was “not suspending. Nothing has changed since this morning’s statement.”

If Sanders does exit, the Democratic Party will immediately confront the challenge of avoiding the type of bitter split that damaged the party in 2016, when the Sanders and Hillary Clinton camps remained at odds after she captured the nomination. Many Democrats think that dispute contributed to Clinton’s loss in the general election and hope to unify more fully this time as they prepare to take on President Donald Trump.

Even if Sanders decides to keep running, he has little hope of catching Biden, who used victories in Florida, Illinois and Arizona to collect nearly twice as many delegates as Sanders on Tuesday. Sanders now needs to win more than 63 per cent of the remaining 1757 delegates.

Catching up would be the tallest of orders under any circumstances. But that task is even tougher in a political world turned upside-down, along with daily life, amid efforts to combat a pandemic that has killed more than 100 people in the United States.

Neither candidate is travelling or holding campaign rallies, and much of the electorate has been staying home.

With the exception of North Dakota and the Northern Mariana Islands, Sanders has not won a contest since Super Tuesday on March 3. He made no moves to contact Biden immediately after Tuesday’s results, according to people familiar with the situation who discussed the matter on the condition of anonymity because they were not authorised to speak for the candidates. During online remarks before most results were in, Sanders said little about the future of the race.

Previous ‘We are ready’: Kennedy backs playing grand final amid COVID-19 fears
Next Professional punter awarded $50,000 in defamation dispute with The Age