Waller hopes to make an impact with Rosehill Guineas roughie 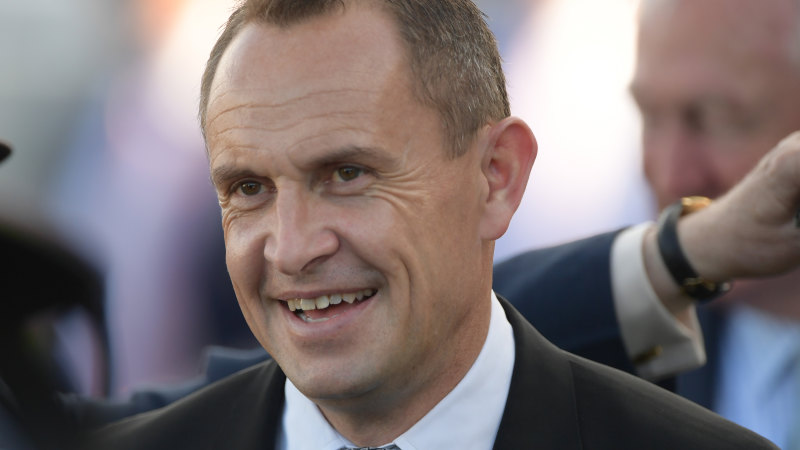 “You don’t get many chances to race Deep Impact these days and we thought if we sold him in the ring we might not be able to get back into him.”

Impactful has only won a Canterbury maiden over 1550m but has been less than length from the winner at his other two runs, the latest an unlucky second behind Ivira after coming from last over the Canterbury 1900m on February 28.

It was enough for Waller to have Impactful join Reloaded and Pancho in the Guineas.

“We have been careful with how we placed him,” Waller said. “We could be over-placing him here but I think he deserves a chance.

“He obviously has different form lines coming into a group 1 Rosehill Guineas, which looks this year to be very strong.

“But after the Randwick Guineas you do see the more superior stamina horses come into their own, so the timing is right with him and he is ready to go.

“In my opinion he is six months away but racing against his own age group at 2000m won’t do him any harm.”

Reloaded will lead the Waller team in the Guineas after being Hobartville Stakes runner-up and fourth, when left in front on his own, in the Randwick Guineas.

“I thought he would have won a group 1 mile, but it hasn’t worked out and although I hate to admit it, the distance won’t worry him,” Waller said.

“He has drawn well as has Pancho, which should give them a better chance on Saturday.”

Waller has half the field in the Ranvet Stakes in Verry Elleegant, Danzdanzdance, Norway and Youngstar, but doesn’t have a George Ryder Stakes runner, a race he has won on seven occasions including the past four with Winx.

Madam Rouge will line up as a lightweight chance in the Galaxy, while Hungry Heart will carry his hopes of a first Golden Slipper win.

The Sweet Embrace Stakes winner impressed in a gallop at Randwick last Saturday and has the X-factor, according to jockey James McDonald.

“There is something about her that makes me think she is going to be better with a bit more pressure,” McDonald said.

“She runs some great sections and hopefully she will do that on Saturday.”

“She has simply got to this stage on her own natural ability and she looks to have plenty of it,” Waller said. “We have always been impressed by what she has shown us.”