Australia faces being locked down suburb by suburb

admin March 20, 2020 Federal Politics Comments Off on Australia faces being locked down suburb by suburb 73 Views 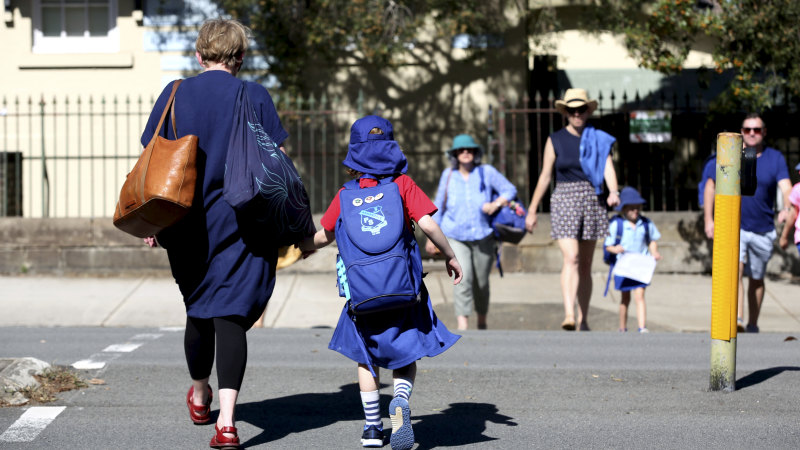 Australia formally closed its border to all foreigners at 9pm on Friday, self-isolating the country as global infections climbed towards 250,000 and leaving thousands of Australians stuck overseas scrambling to get home.

Flights are expected to go to South America next week to pick up stranded Australians and take them to Sydney, with each having to pay $5000 a ticket to get out of countries that have also closed their borders.

Prime Minister Scott Morrison said the virus could be defeated by slowing it down. “That is how we save lives,” he said.

He said the national cabinet, including himself and all state and territory leaders, was working on “advanced measures” in the event of outbreaks in particular areas or suburbs.

Mr Morrison has asked federal and state chief health officers to update the national cabinet on the number of cases that would trigger emergency action in a suburb, such as closing schools, restricting public transport and allowing only essential services to operate.

“What we’ve asked for advice on is the density of those cases … that would be staged up according to the level of that outbreak and what needs to be done wherever possible to shut that down,” he said.

“Just because you might see something being done in Tamarama, those rules don’t necessarily apply down in Gymea Bay or down in Hawthorn or anywhere else. Where there are more specific outbreaks, there will be more advanced measures that would need to be put in place.”

Friday’s decision to restrict all indoor venues to one person every four square metres is designed to stop the spread of the disease before a lockdown is required. A lockdown is seen by the government as a last-ditch measure amid fears it could last months and cost tens of thousands of jobs.

National cabinet is expected to make a decision on the lockdown protocols on Tuesday. Mr Morrison flagged the measures on Friday to prepare the public for the possibility of them being implemented ahead of the school holidays, which are due to begin in a fortnight.

The Prime Minister said all members of the public should “reconsider any unnecessary” domestic travel after issuing a ban on all overseas travel earlier this week.

“That is the clear advice,” he said. “That comes also with the backing of the medical experts panel.”

The number of cases in Australia had their sharpest daily jump on Friday, reaching 785 confirmed COVID-19 infections, with 392 cases in NSW and 144 each in Victoria and Queensland. Chief Medical Officer Brendan Murphy implored Australians to quarantine themselves immediately if they had just returned home from anywhere in the world.

“This is not an advisory, this is your civic duty to your fellow Australians to stay home for that entire 14 days. No exceptions,” he said.

Two LATAM Airlines flights are expected to arrive in South America on Tuesday or Wednesday next week – one in Buenos Aires, Argentina and the other in Lima and Cusco, Peru – to rescue hundreds of stranded Australians as countries around the world go into lockdown to stop the spread of the coronavirus. The flights have been organised by Australian tour company Chimu Adventures with the help of the Department of Foreign Affairs and Trade.

But hundreds of other Australians stuck elsewhere in South America are in the dark about how to find their way home.

Doctors Adam Douglas and his partner, Meagan Thomson, have been stuck in the Ecuadorian capital of Quito for a number of days trying to work out how to get home.

He said both he and his partner were emergency doctors who would like to get back to Australia to help deal with the COVID-19 pandemic.

Meanwhile, there are still up to 35 cruises with Australians stuck at sea, with the most serious case appearing to be the Costa Luminosa. Only 39 Australians are on the ship but there have been confirmed COVID-19 cases and dozens sick.