Breaking News
Home / Sport / Why football may never be the same

Why football may never be the same

admin March 20, 2020 Sport Comments Off on Why football may never be the same 36 Views 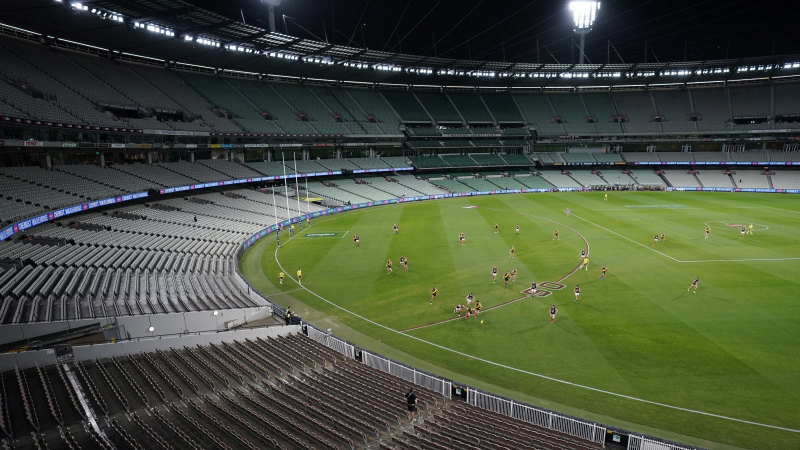 Football grounds are not battlefields and to be fair to players’ union boss Paul Marsh, he never used the word sacrifice in the context of his 800 or so members. But he did insist it was the footballers who are taking some risk by taking the field and therefore shouldering the burden on behalf of the entire industry as it fights for survival.

Marsh said he was disgusted that the players had been portrayed as mercenaries in resisting the initial call by AFL boss Gillon McLachlan to shorten the 2020 season to 17 rounds but the AFL Players’ Association still seems out of step with the size of the threat to clubs.

Particularly when the AFLPA boss mentions the complexity of players’ contracts, citing performance clauses and back-ended agreements as taking time to renegotiate – at a time the AFL is attempting to secure a $250 million interest-free loan from the Victorian government to keep the industry afloat.

Football is too busy working to remain afloat in the short term to seriously contemplate the long term, but there is no doubt the AFL post-coronavirus and potentially an extended depression will look very different to the competition that looked headed for another bumper season back in February.

To think that club presidents and CEOs only 10 days ago were debating the pros and cons of a new team – Tasmania – entering the competition. To think that clubs were complaining they could not strip their football departments much further in order to meet a $10 million soft cap.

Clearly the game’s indulgent inflationary tendencies are not to blame for the current state of affairs but the perilous financial positions of at least half the clubs in the competition has left it frighteningly vulnerable.

The 18 senior coaches have already agreed to a 20 per cent pay cut, like many club staffers, but that swift gesture could prove far too small come the long, cold winter. The salaries earned by coaches and their assistants across the competition look set for a significant recalibration.

Just as company directors, executives and workers across Australia are being forced to change their work habits and learning that cutting back travel and spending more time at home with their families has provided one silver lining, club bosses, too, are re-examining how their businesses are run.

McLachlan and his team have been searching for ways to shorten games for some years. Shorter quarters look certain to prove another legacy of this crisis along with an extended finals series currently being explored for 2020 should we actually get that far.

The fact that football has gone ahead at all over this weekend certainly presents a new form of propaganda as jobs are lost and businesses fold, but then again it was in the last war that we also turned to sporting heroes, among others, for some emotional salvation.

But the significance of the premiership remains to be seen given the reality that some clubs could be struck worse than others by the coronavirus pandemic. There are still people at Collingwood who refer to Carlton’s 1944 premiership as “The Cowards’ Cup”.

Those AFL bosses who held serious misgivings about Hawthorn’s ambitious but costly and high-stakes play in moving its headquarters to Dingley might find they can stop worrying. The Hawks have shelved those plans in the short term at least and there is a view the delay could prove permanent.

Melbourne might be happy they have Casey to retreat to for now but there remains a compelling argument that satellite operations such as Essendon’s new home are not necessarily conducive to a positive playing culture. Just ask St Kilda, post-Seaford. Football in Shanghai looms as another long-term casualty of coronavirus.

It took the mess left behind by the Melbourne grand prix fiasco to demonstrate the damaging effects of poor leadership. It took just one ghostly Thursday night at the MCG to prove the already-accepted reality that supporters make the spectacle. And it has taken the looming reality of weeks or even months without football that a players’ strike will never happen.

Just as the last world war created a new order of haves and have-nots, this state of emergency will expose once and for all those clubs operating upon unsound business and cultural principles. And place untold pressure on the collective effort it will take to save them.

The situation is moving so quickly that an outcome for football in 2020 and in the years it takes to recover remains punctuated by anxiety and uncertainty. But no key stakeholder – players, broadcasters, clubs, administrators – in the make-up of Australia’s most professional sporting body would want to be remembered for sitting on the wrong side of history.