Sport without spectators is just exercise

admin March 21, 2020 AFL Comments Off on Sport without spectators is just exercise 36 Views 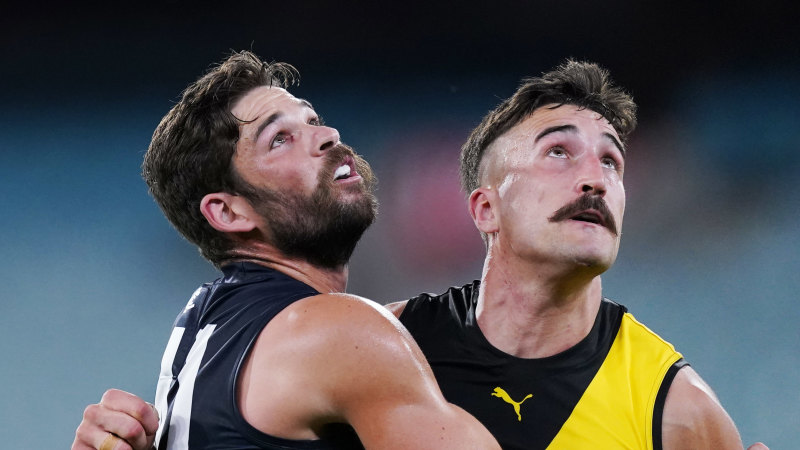 Hearing the players’ calls was a novelty for five minutes, until you realised you can hear the same calls at any Australian park on any winter weekend afternoon (though not this coming winter).

When Daniel Rioli burst out of the centre and sprinted to the goal square with a flagging Carlton defender chasing him and booted the last goal of the game deep into the empty seats above the not-there cheer squad’s not-there heads, you really did feel like this was Sunday afternoon in the park.

The more I thought about it and the longer the silence reigned, the more I realised that the whole point of going to the footy – or watching it on TV – is to be part of the mob yelling “ball” and screaming for the umpire’s blood, even if virtually via TV. Like church on a Sunday (also soon to be off-limits for the few left who go) it’s a way to feel part of something bigger than yourself, to lose yourself in the crowd.

We say AFL is a great spectacle and even call a great mark a “speccy” – but for that to be true you need spectators at the ground, you need the charge that circulates between fans and players as the game ebbs and flows.

The AFL has insisted the season go ahead without the fans, presumably so they can at least get the game on TV – and while the ratings might have been good for this first, novel event, the novelty and the ratings will surely wear thin as the season goes deep into winter.

And the AFL might think the game is bigger than the virus (it’s not), but it isn’t bigger than the fans: they are, in fact, the point – and without them there is no point.

The COVID-19 year is going to teach us some very hard truths: that small government is a nice neo-liberal theory but terrible in practice when the rubber hits the road and we need someone to be in charge; that a properly funded public healthcare system is worth every cent we put into it, plus some; and that sport without spectators is just exercise, and watching people exercise on TV very quickly gets dull.

Matt Holden is a regular contributor.