Virus sets the pace as Andrews leads the chase 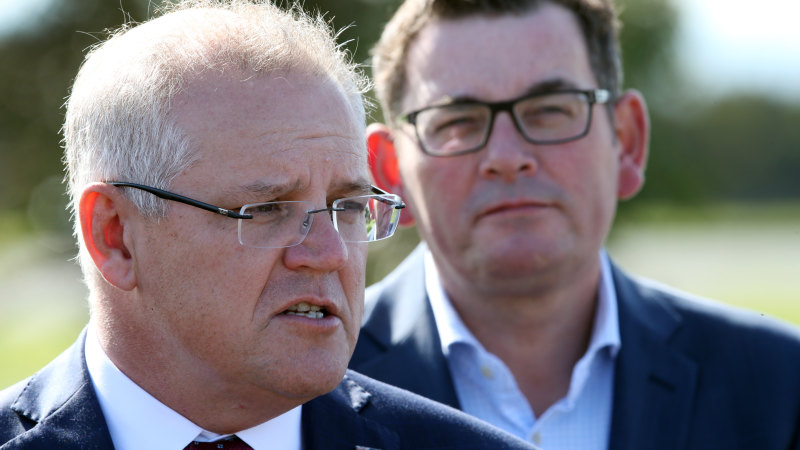 Wednesday is now regarded as a turning point for Morrison in the present crisis – but it still came two whole days after Andrews invoked a state of emergency.

The key to Prime Minister’s improved performance seems to be the National Cabinet that was formed last week, bringing the states and Commonwealth government around the same, virtual, table.

It’s smart for everyone concerned. They’ve all learned lessons from the bushfire crisis but Andrews and NSW Premier Gladys Berejiklian speak to the National Cabinet with more authority than most after their successful leadership through January’s blazes.

The two state leaders have something of a simpatico these days, after Berejiklian and her government were thrown under a bus by her fellow NSW Liberal, Morrison, as the country burned in January.

Andrews, ably backed by Berejiklian, has been a key force in marshalling the other state leaders into a semi-cohesive force in National Cabinet which in turn has been so important in making sure that nobody goes rogue and caves to political pressure on the hot-button issue of school closures.

The key to that solidarity has been the two big states’ core belief that everything they do must be led by the health advice.

Even when the health guidance doesn’t seem great politically, the message goes, it’s good politics to follow the advice. So far all the states have stayed solid, despite the best efforts of a thousand Facebook groups and several thousand know-it-alls on Twitter.

Andrews’ crisis management style is also becoming more evident in how Morrison handles himself; gone are the wishy-washy words on social isolation and mass gatherings and there are no more mixed messages on the seriousness of the illness.

The clear concise communication we’re getting now from the Prime Minister and his efforts to get out in front of the developing emergency are right out of the Andrews playbook.

And the 14 day voluntary self-isolation rule for all overseas arrivals? Take a bow, D Andrews, who makes no secret of his horror at the handling of the crisis by the United States and that travellers had been arriving unrestricted from that nation.

None of this is to argue that Andrews has been flawless or that his government has been without wobbles here and there in this crisis.

But after January, and so far in the coronavirus emergency, it is clear that people respond well to Andrews’ style of leadership at times like these and that he is good in a crisis.

Scott Morrison has got the memo too and is now acting more like a man in a hurry.