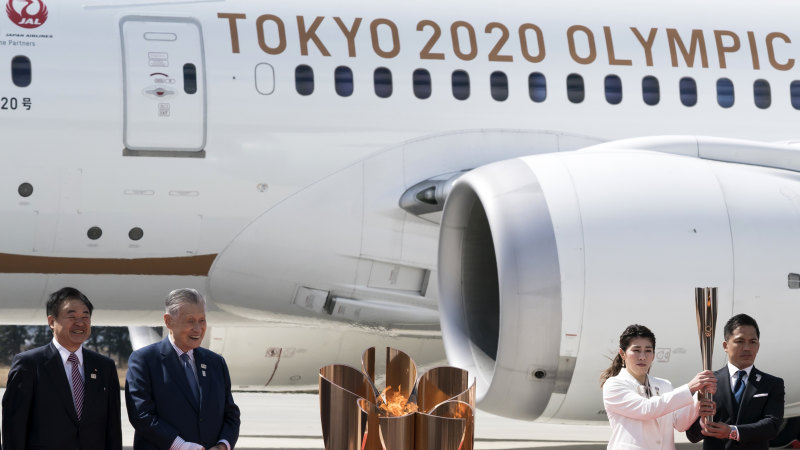 “There are two levels to this and my personal thought is that the Games should be postponed for both reasons,” Mitchell wrote on Facebook.

She said there were logistical and humanitarian imperatives to cancelling the games.

“I get that athletes train their whole lives for this ‘event’. I’m no different, and I’m speaking from the very, very pointy end of my career … so believe me, this is a big deal. But certain life events are bigger than sport. This is an example. But this is different. This has never been seen,” Mitchell wrote.

She said the government had warned things would worsen over the next six months, that athletes were unable to train or prepare and that even if athletes got to the Olympics they would then be housed in a village with 10,000 other athletes from around the world.

In a letter to the United States Olympic and Paralympic Committee, USA Track and Field said there was a need to “speak up for athletes”.

“We acknowledge that there are no perfect answers, and that this is a very complex and difficult decision, but this position [to postpone the Games] at least provides athletes with the comfort of knowing they will have adequate time to properly prepare themselves physically, mentally and emotionally to participate in a safe and successful Olympic Games,” chief executive Max Siegel wrote.

“We urge the IOC to look at all options and make sure the health and well being of athletes is foremost in the decision making,” Gocher said.

Australian sprint coach Matt Beckenham questioned why, given Coe’s comments about the Olympics, the world athletics boss had not already made a decision on whether the World Under 20 championships, which are due to be held before the Tokyo Olympics, will go ahead.

Gocher said Australia was still planning for the games to go ahead but would assess the situation and consult with the AOC and IOC.

The Australia government and chief health officer have said the situation will significantly worsen in the coming months before it gets better.

Coe said a decision on the Olympics was likely this week.

“A decision on the Olympic Games may become very obvious very quickly in the coming days and weeks,” Coe said.

“As I said last week, I don’t think we should have the Olympic Games at all costs, certainly not at the cost of athlete safety.

“Nobody wants this, least of all the athletes or the fans.”