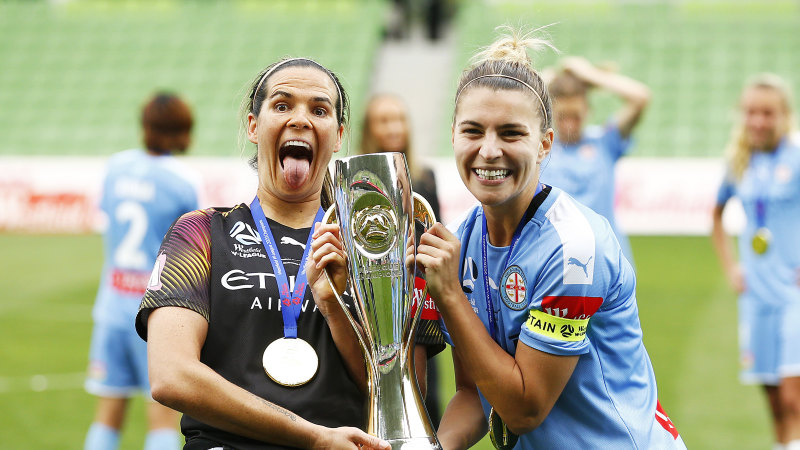 “If I had to choose with the way it’s being used now, I would rather not have it. I am a purist,” she said. “I know there is a lot of controversy surrounding VAR and I think it’s really helpful in those situations when you can’t be sure. Maybe it should be used for those situations only but it’s being overused.

“The rest of the game we did everything we set out to do, we applied that pressure, we created and we can move with our heads held high.”

The immediate aftermath of the defeat may have disappointed Polias but that pain didn’t linger for long. Football Federation Australia allowed the grand final to proceed behind closed doors due to the coronavirus pandemic, and Polias was simply thankful the match could be played.

“A couple of year ago I was shattered about that loss [in the 2018 grand final] because I knew we didn’t play to our best but this time it’s different,” she said. “We are lucky we even got to play and keep a bit of normality in our lives. We are lucky I think because it was a really really good distraction from what’s going on and provided us with that normality.”

Polias has called for the talented youngsters at Sydney FC to remain at the club if the Sky Blues are to eclipse the league’s big spenders, Melbourne City, next year. Sydney have fewer Matildas but depth of young internationals who could become a golden generation for the club if they resist offers from rivals, Polias says.

“If you look at City, they have 10 international players in their team and that’s great that will give them success but something our club is doing well is producing players. We are lucky that the youngsters at our club could go to any team and start,” she said.