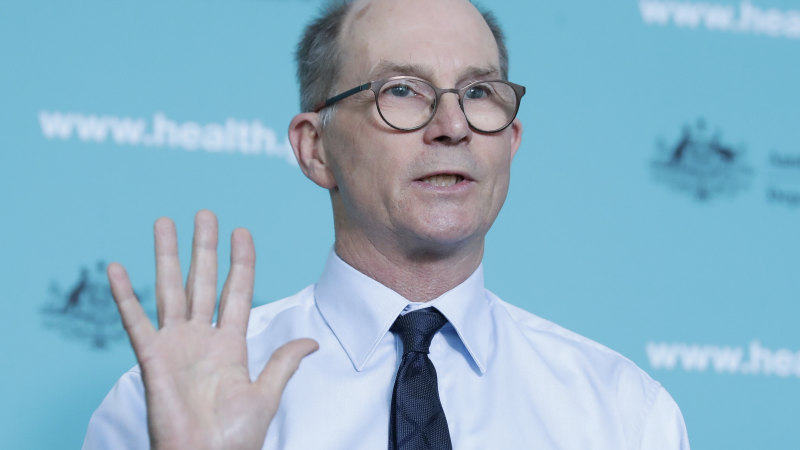 Senator Patrick, who has the virus, likely contracted it from another senator who was showing flu-like symptoms but did not initially meet the criteria for getting tested.

He said the delay in testing had put his friends and loved ones at risk and taken up valuable time in South Australia’s health department as its staff traced his recent contacts.

Professor Kelly said the criteria was likely to change this week as more cases of community transition were detected, but indicated that he did not support a full-scale lockdown to counter the rapid spread of the virus.

“If we go into lockdown as many people are suggesting we do now… It’s until we get the vaccine,” Professor Kelly said. Most experts predict any vaccine is 12 to 18 months away.

If Australia were to pause a total lockdown or temporarily reduce it, Professor Kelly said, there would likely be a resurgence of the virus. The nation cannot “take it’s foot off the brake”, he said.

And Professor Kelly described herd immunity as an “alternative” to a total lockdown, but said Australia was not pursuing the controversial strategy “at the moment”.

Professor Kelly admitted authorities’ messaging had at times been unclear and its social media campaign was late but urged all Australians to abide strictly by social distancing measures.

Taking urgent, severe action to restrain transmission of the virus, Dr Swan said, would mean “changing the way we live for an indefinite period”. But the upside was obvious, he said.

“You don’t kill as many doctors and nurses to be blunt.”