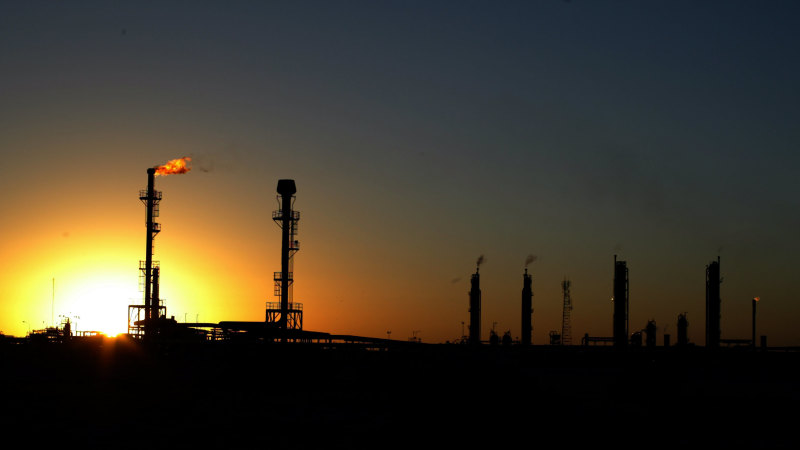 “The initiatives announced today demonstrate we are taking decisive action to ensure Santos is well-positioned in a lower oil-price environment.”

Suffering the sharpest price falls since the Gulf War in 1991, the benchmark Brent crude and West Texas Intermediate oil prices have halved since the start of the year, dipping below $US30 a barrel and triggering a savage sell-off in oil and gas stocks. In response, producers have been detailing deep cuts to discretionary spending, new project delays and withdrawals from merger and acquisition talks as they seek to weather the storm and moderate market concerns about their profitability.

The cutbacks at Santos come after another Australian-listed producer, Oil Search, told investors it would suspend all its discretionary spending last week in a bid to preserve the value of the business. Shelving natural gas projects all around the world and halting negotiations to sell a stake in assets in Alaska, the company lowered its expected spending by up to $675 million, or 40 per cent.

“These unprecedented times require us to take immediate and decisive steps to position us for a potentially extended period of lower oil prices and business uncertainty,” Oil Search managing director Keiran Wulff said.

Demand conditions across the oil and gas sector are continuing to deteriorate, analysts said on Monday, as coronavirus spreads through major oil-consuming regions and the price war between the Saudis and Russians persists.

Morgans analyst Adrian Prendergast said the “severity and suddenness” of headwinds hitting the oil and gas sector had significantly altered the price expectations for many of the ASX’s producers.

“The speed at which the weak supply and demand fundamentals has emerged is unprecedented,” he said.

An oil and gas analyst at RBC Capital Markets, Ben Wilson, said Santos’ cutbacks were unsurprising “considering the choppy oil environment” and he expected the other larger producers to address capital budgeting in the near future.

Investors have queried whether the oil price crash could force delays to Woodside Petroleum and BHP’s final investment decision on the highly anticipated $17 billion Scarborough LNG project in Western Australia.

Previous NRL in limbo as majority of staff told to take leave immediately
Next ‘We need to get home’: WA couple stuck interstate amid impending border closures