Government outlines $4b relief for business, households and health system 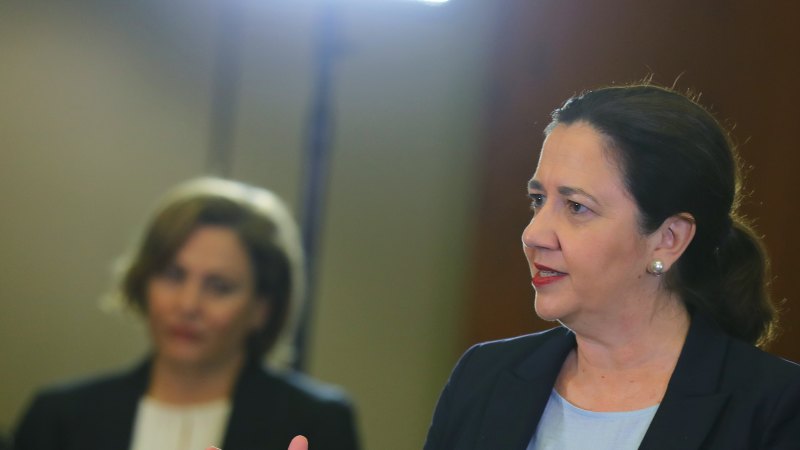 A further $300 million will give cost-of-living relief to households “doing it tough”, in the form of a credit of up to $200 for water and electricity payments, building on the $50 asset dividend already announced.

Also doing it tough are businesses, particularly after the decision this week to close a number of those deemed non-essential. Treasurer Jackie Trad said about 51,000 workers were estimated to have been affected.

“As the country moves towards even more restrictions in order to stop the spread of coronavirus, we do expect to see more,” she said.

Ms Trad revealed that small and medium businesses would receive both a three-month payroll tax holiday and a further six-month deferral. Coupled with previous announcements, this means no Queensland business affected by the pandemic will have to make a payroll tax payment this year.

Included in the $2.5 billion for businesses would be up to $500 million to help workers find jobs in industries “vital” to get through the crisis such as healthcare, cleaning and agriculture.

“We will be working with the business community and with the unions to get this program right and to make sure it’s supporting workers right across our state,” Ms Trad said.

Unions were quick to welcome the move.

“We see the scheme primarily acting to match workers with jobs and provide retraining to get people into jobs where there are worker shortages,” Queensland Council of Unions general secretary Michael Clifford said.

The government will also waive liquor licensing fees for shuttered venues and provide rent relief for state government tenants, while sole traders, along with small and medium businesses, will receive a $500 rebate on this year’s power bill.

Queensland’s Chamber of Commerce and Industry was “relieved the Treasurer has listened” to its pleas for help.

“[But] what is missing is support for the 288,000 sole traders who have received limited support,” its general manager of advocacy and policy Amanda Rohan said.

Ms Trad said part of the $4 billion would be repurposed from government activity that had stopped because of the pandemic.

Speaking shortly after, Opposition Leader Deb Frecklington welcomed the announcement but said the package was “too slow” and did not “go far enough”.

The LNP wants to see payroll tax waived for nine months and a freeze on car registration, electricity and water payments.

Ms Frecklington also called on the government to “fast-track” $500 million in road infrastructure projects and “isolation payments” for people subject to directions from Queensland Health.

Police will begin patrolling Queensland’s borders from 12.01am on Thursday as the state essentially locks down all air, rail, sea and road arrivals to halt the spread of the novel coronavirus.

People needing to cross the border for work, to deliver freight or go to a doctor’s appointment will be exempted from the strict travel rules.

Previous ‘We are all in it together’: Ex-Olympian Camplin bunkers down in Hong Kong
Next School opened despite parents’ coronavirus diagnoses