Parents warned students could be home schooled for the ‘long haul’ 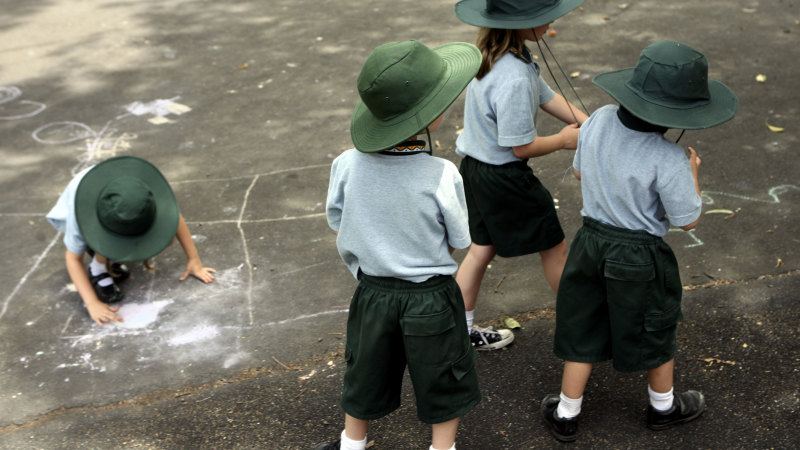 But multiple principals have said that they do not expect students to return for face-to-face classes next month.

“We’re preparing for that. If we do that, fine; if we don’t, great. We’ll still use those resources in class, so it’s not wasted preparation,” he said.

It’s predicted the coronavirus pandemic will peak in Australia in June.

“Well that takes us three-quarters of the way through second term,” Mr Cachia said.

One primary school principal in Melbourne’s north wrote to parents and carers on Tuesday, asking them to prepare for the prospect of home schooling for the “long haul”.

“Can I thank the many parents/carers from whom we have received appreciation for the work that we have been doing for the past week or two in preparation for a long haul in term two,” the email says.

“Families need to prepare themselves for the possibility of schools being closed for a long time, possibly all of term two or even longer.”

Victorian schools were formally briefed by the department on Monday about preparations for term two, and advised to finalise their plans for remote schooling.

“[The] Victorian Chief Health Officer will advise on whether the transition to flexible and remote learning and support should commence on the first student day of term two (Wednesday, April 15) closer to that date,” deputy secretary David Howes wrote.

“Please work with your staff this week to establish on-site staffing arrangements for the first few weeks of term two, in the event that we proceed with the transition to flexible and remote learning and support.”

Teachers are using the rest of this week to prepare remote learning plans after term one ended early on Monday.

Schools are also being kept open this week for the children of essential services workers, or for those who are considered vulnerable and in need of care and supervision.

The Victorian government and the ACT government are the only states and territories that have cut short term one, although the NSW government is encouraging parents to keep their children home if they can.

Prime Minister Scott Morrison has said that once schools close, it is likely they will remain shut for six months.

There are more than 1 million school students in Victoria.