admin March 24, 2020 Business Comments Off on The experience of covering the crisis of a generation while working remotely 41 Views 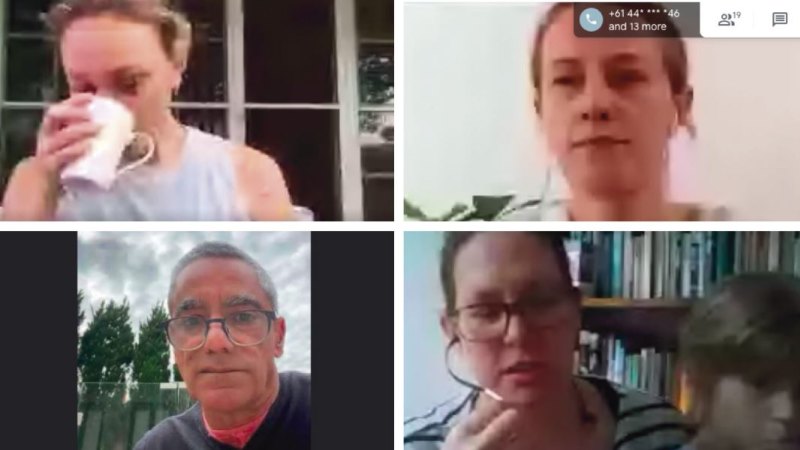 But it remains a remarkable moment. The following observations come from a group discussion in our internal messaging system Slack about this experience. The conversation has been edited and condensed for clarity.

John McDuling: How is everyone finding this?

Clancy Yeates: It has been a bit surreal taking calls from bank CEOs in the spare room while the economy seems to be melting down in front of us.

Cara Waters: I have been finding it quite hard going as small businesses are being hit really hard by this. I have had them crying down the phone to me and it has been very emotional as they talk about having to lay off their staff, see their income completely dry up and have to ask for government help for the first time in their lives. Most of them have no or minimal super.

Josh Dye: For me being in the bubble of reporting and not interacting with many people, I’m finding it hard to grasp how bad things are.

Jennifer Duke: I think being remote makes it feel much more real. Being in the newsroom gives you a way of distancing yourself from it because it’s all about the “story” of it. But when you’re at home you realise that this affects you, your neighbours, your family, etc.

Colin Kruger : This is getting close to the ’98 Asian Financial Crisis when I was in Bangkok from a ‘this is hitting home’ perspective.

Luke Higgs: Covering the news is more than a little dispiriting. Googling where Wall Street is at 4 in the morning to see if I should get up early has been super fun and obviously pretty alarming.

JM: What are CEOs and contacts telling you about conditions in the economy?

Dominic Powell : Retailers, as you’d imagine, are terrified. Sales by many accounts are down 40-50 per cent and landlords have been until recently reluctant to negotiate rents down. Online will be the saving grace for most of them, but they’re all still crying out for more stimulus (unless you’re a supermarket) to make sure they can survive this.

Zoe Samios: Media companies are doing a combo of work from home and that thing where half go in one week and half don’t. They are very, very worried. Mainly because their businesses are under huge financial pressure.

Charlotte Grieve: I spoke to an investor last week who thought it was all an over-reaction and that more people die from diabetes each year. That sounded a bit simplistic to me but who knows how widely it’s believed. Most people seem to focus on the uncertainty of it all and also most refuse to speculate on when the market will bottom out.

But there’s also this (maybe hopeful) sense of optimism that it will pass and it’s a good opportunity to get stocks while they’re cheap. One positive has been it’s made people, young and old, more engaged with their superannuation. They are now realising, for better or worse, that they are investors and affected by market volatility.

Colin Kruger: I spoke to a fundie mate yesterday who says he thinks this will match the ’73 market downturn and there will not be a pick up until a vaccine arrives late next year.

How are you personally finding the challenge of working from home?

Sarah Danckert: I’ve found it relatively easy given our technology. But I have an unusual (but perhaps common in the industry) issue. My partner is also home and we have no office and only an open plan living area and no Wi-Fi or phone connection in bedrooms, so we’ve been playing nice, scheduling in interviews around each other.

Our puppy Pippy is happy but confused, we’re here but there’s not much interaction with her. She’s also cried loudly during a call with Virgin, though I think Virgin’s PR could relate.

David Scutt: I have four screens, fast internet and music pumping in the background to keep me going. I often work from home because of the setup but I do miss the social interaction and the time to think on my walk into the office

Charlotte Grieve: I think the main thing I miss about the office is being able to quickly ask someone something, which I do a lot of. But I’ve been easily able to call people for help when needed so it’s not that bad. Another loss is probably the unplanned chats with colleagues that give you ideas for stories.

Zoe Samios: I’m probably the same as everyone in that I miss the social interaction, being able to ask things quickly in the office. My partner is also at home and he’s in recruitment so managing calls between us and working around each other is a challenge. But it’s an exciting time to report even if it’s madness.

Stephen Bartholomeusz: The only issues I’ve had are the lack of access to the office printer and the Bloomberg machine. I’m going through a black ink cartridge every two days . Other than that, I’m probably drinking twice as much coffee as I would if I were in the office but am getting more sleep without the need to drive into the city…. and, like most of you, miss the interactions you get in the office.

Liz Knight: I am very used to working from home so am well set up but having a husband here at the same time is an entirely different thing. He is also in finance so it’s a coronavirus echo chamber. It’s relentless, I can’t wait for this to be over.