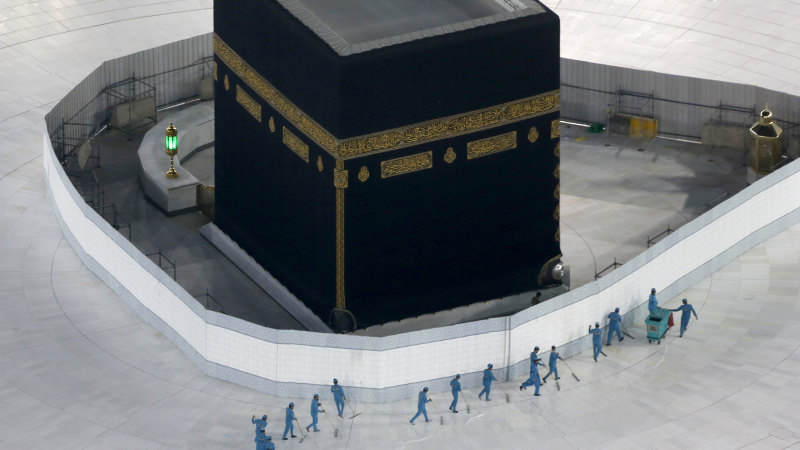 Public transport including trams and metro services are suspended, while private cars, cabs and delivery vehicles can operate outside those hours.

The UAE has slowly followed other Gulf states in suspending passenger flights and closing public venues such as restaurants and shopping centres. The Dubai emirate on Wednesday directed the private sector to implement remote working for most staff but exempted a broad spectrum of businesses.

On Thursday, the UAE government ordered all federal ministries and establishments and the private sector to limit the number of staff in offices to 30 per cent. It exempted sectors providing essential services including health, finance, energy, telecoms, security, military, cargo and food.

Kuwait and Saudi Arabia have taken the most drastic steps, including imposing curfews and suspending work at most public and private sector establishments.

Saudi Arabia announced a total lockdown on the capital, Riyadh, and Islam’s two holiest cities, Mecca and Medina, in addition to a nationwide curfew.

Kuwait banned all taxis, directed the state supply company to cover any basic food shortages and said it would disburse a month’s salary to all Kuwaiti students abroad.

The number of cases in Saudi Arabia passed 1000 after authorities on Thursday announced 112 new infections, most of them in Riyadh and Mecca. A third death from the virus was a resident in Medina who had suffered from chronic diseases.

Kuwait, Bahrain and Qatar also saw more cases, taking the total in the six Gulf states to more than 2600, with nine deaths.

Saudi Arabia has released 250 foreign detainees held on non-violent immigration and residency offences as part of efforts to contain the spread of the disease, the state-backed Human Rights Commission said. Bahrain and Kuwait have also announced prisoner releases.

Bahrain continued to evacuate several hundred Bahraini pilgrims stranded in Iran, which is a hotspot for the disease in the region.

Bahrain earlier this month repatriated 165 people, but a number of subsequent scheduled flights were cancelled. At least 85 of the first batch of evacuees tested positive for the virus.

The island state, which has reported 419 coronavirus cases and four deaths, most of them linked to travel to Iran, has longstanding differences with Iran and has criticised the Islamic Republic for not stamping Bahraini citizens’ passports.

In Qatar, which recorded 12 new cases taking its total to 549, ordered the closure of all non-vital shops, cafes and entertainment outlets, and restricted the working hours of all other shops to 6am to 7pm. Pharmacies, grocery stores and delivery services are excluded from these restrictions, the committee said in a press conference broadcast on Qatari channel Al Jazeera.

On Friday, the head of the United Nations told leaders of the world’s 20 major industrialised nations during an emergency virtual summit that “we are at war with a virus – and not winning it” despite their dramatic measures.

The group said they are collectively injecting more than $US4.8 trillion ($7.9 trillion) into the global economy to counteract the social and financial impacts of the pandemic.

In a final statement after the meeting, the G20 said they were committed to strengthening the World Health Organisation’s mandate.