‘Never seen anything like it’: US coronavirus havoc revealed

admin March 27, 2020 World News Comments Off on ‘Never seen anything like it’: US coronavirus havoc revealed 43 Views 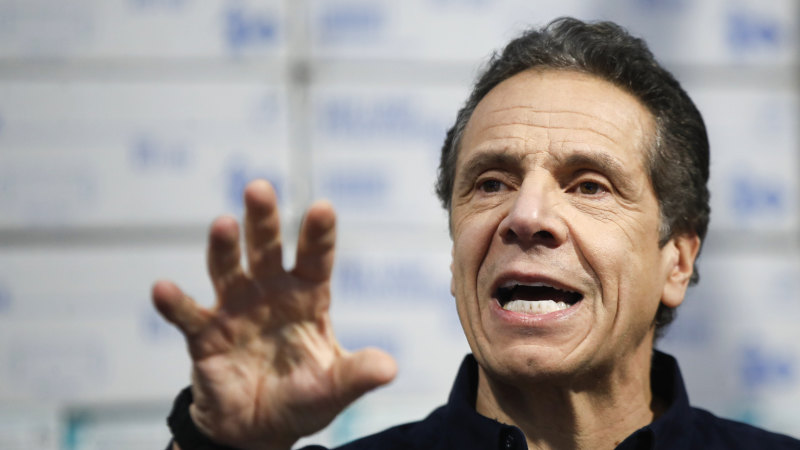 Hospitals in New York City have set up makeshift morgues to deal with the expected surge in deceased patients over coming weeks.

President Donald Trump, in an interview on Fox News, said: “It’s a very bad situation, we haven’t seen anything like it. But the end result is we’ve got to get back to work, and I think we can start by opening up some parts of the country.”

Trump said he believed governors and local healthcare officials were vastly over-estimating the number of ventilators they would need to deal with the surge of hospital patients.

“A lot of equipment is being asked for that I don’t think they will need,” Trump said.

New figures showed an astonishing 3.3 million Americans filed for unemployment in the past week — easily the most on record.

“This morning’s jobless claims confirm that the United States is in the thralls of a catastrophic unemployment crisis, the likes of which we haven’t seen since the Great Depression.”

The previous worst week was in 1982, when 695,000 initial claims were filed. Just a month ago, about 200,000 Americans were applying for unemployment benefits each week.

In most American cities, restaurants, bars shops, movie theatres and sports arenas have closed, bringing the hospitality and service sectors to an almost complete halt.

US politicians are hoping that a $US2 trillion ($3.3 trillion) economic rescue package passed by the Senate will keep the economy afloat in the short term.

The package is expected to be approved by the House of Representatives on Friday (Saturday AEDT).

It includes $US1200 cheques for most American taxpayers, a bailout for the airline industry, an increase in unemployment payments and loans for small businesses.

While New York has been the hardest hit by the pandemic, Deborah Birx, who is co-ordinating the White House response to the virus, said hotspots were also emerging in Chicago and Detroit.

There are now 1400 confirmed coronavirus cases in Cook County, which includes Chicago, and a similar number in the Detroit area in Michigan.

New Orleans, in the deep south, has also emerged as a hotspot with almost 1000 cases and 46 deaths.

“There is simply not enough healthcare resources to care for all those who will need care,” Louisiana Governor John Bel Edwards said. “This isn’t a scare tactic, this is what’s going to happen.”