Relief for renters and business in next phase of stimulus

admin March 27, 2020 Federal Politics Comments Off on Relief for renters and business in next phase of stimulus 36 Views 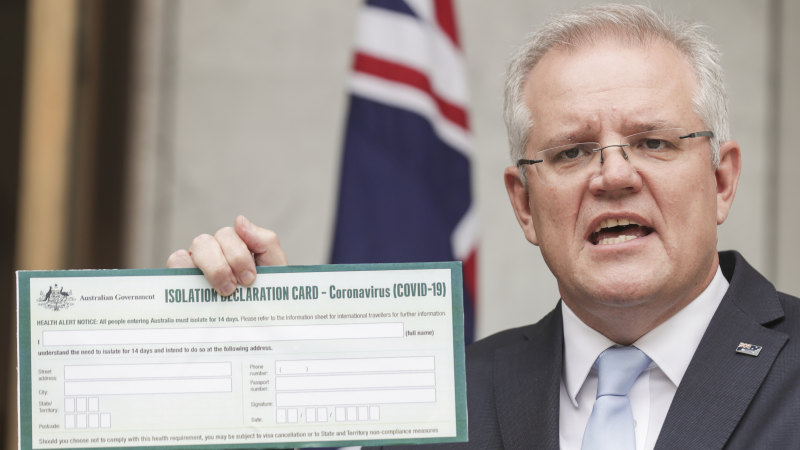 Prime Minister Scott Morrison said the next tranche of the economic plan would require banks to “make arrangements” with customers to help them through a halt to business that could last six months or more.

“Part of that plan, that we’ll be announcing, will be to seek to hibernate Australian businesses,” Mr Morrison said on Friday.

The Prime Minister said some employers would have to close their doors during the shutdowns ordered this week but should be able to defer repayments so they could reopen as soon as the crisis passed.

“We do not want, over the course of the next six months or as long as it takes, for those businesses to be so saddled by debt, so saddled by rental payments, so saddled by other liabilities that they will not be able to start again on the other side,” he said.

The plan is yet to be finalised but went to a national cabinet meeting on Friday and is being negotiated by Treasurer Josh Frydenberg with his state and territory counterparts, with details expected within days.

The measures include support from states and territories on managing commercial and residential tenancies, amid property industry warnings of a cash flow crisis when people cannot afford to pay their rents.

“There will be landlords who will suffer. The banks will be having to make arrangements with them,” Mr Morrison said, adding that councils would have to waive rates and states may have to waive land tax.

Banks have already offered to defer mortgage payments for six months for owner-occupied and investment properties, with the deferred interest being added to the loan amount and, in many cases, extending the term of the loan.

The major banks have also said they will defer small business repayments for six months, in a move that will cost them $8 billion over the period.

But the “hibernation” strategy is expected to require greater support from the banks while using the government as the “backstop” for the plan.

While the government is yet to finalise its measures, it is facing demands from Labor, the unions and some business groups to offer a wage subsidy similar to a scheme in the United Kingdom that helps workers who lose their jobs.

Mr Morrison has not rejected a wage subsidy but has criticised the UK approach on the grounds it could be slow to create a new system.

Deloitte Access Economics said Australia faced a “whatever it takes” moment that would require large scale, new, and unconventional fiscal and monetary policies to survive the downturn.

ACCI joined the trade union movement, Labor and the Greens in backing an 80 per cent wage subsidy for workers whose jobs are at risk because of the coronavirus pandemic.

It would apply to full and part-time workers from businesses of any size along with sole traders. Workers would receive a payment of 80 per cent of their current wages up to a cap of average weekly earnings, currently $1,660 for a full-time worker. Casuals would not be eligible.

In a letter to the government, ACCI chief executive James Pearson also called for a rent “holiday” for businesses to ensure they would not go broke.

Businesses would be able to claim a refund of their rental expenses through the tax system until June 2021 under the ACCI proposal if they have been forced to close by government trading restrictions.