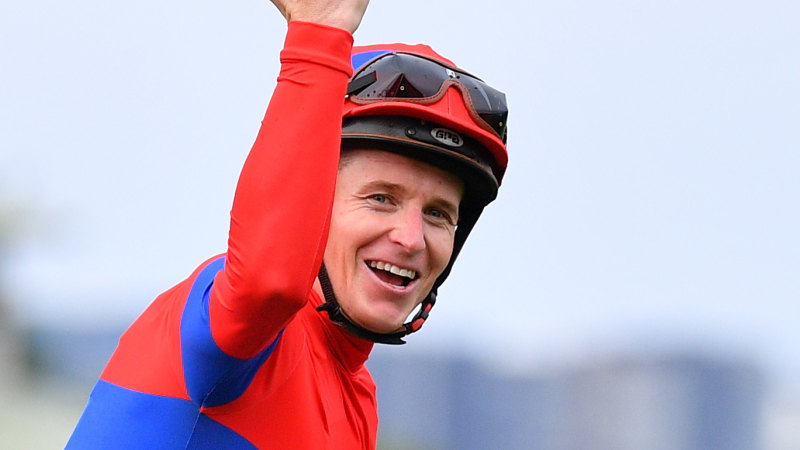 “Full credit to James [McDonald]. She is obviously a great horse. We haven’t had her over this distance very often, but each time we have she has just been dominant.

“It is a very special win.

“She was here last year running in an Oaks and she won the Vinery a year ago. She has been everywhere, but she is still getting better.

“She is only four and racing against the older horses, basically. She is just a genuine athlete at a staying trip.”

McDonald has been part of the development process, getting Verry Elleegant to settle. Although she had only won a Hill Stakes since her Oaks victory last April, it was clear to all she was ready to be something special.

She showed that when runner-up in the Chipping Norton Stakes and Ranvet Stakes at her past two starts, which had her peaking on Saturday.

“She was a star today. Obviously I thought I would probably be outside the lead but she felt better coming from off the speed, to be honest,” McDonald said.

“But that’s how adaptable she is and how she has grown as a mare.

“Hopefully, we are only going to reap the rewards now, and what she has already done is just a bonus. What I felt today was just extraordinary.”

Verry Elleegant ($2.15 fav) looked in an awkward position at the halfway point but McDonald worked her into the clear and in the straight she just got to the centre and produced a devastating burst.

McDonald looked at the big screen and over his shoulder and had time to sit up and give her a pat between the ears as Verry Elleegant scored by 4¼ lengths from Mustajeer ($7) and Avilius ($5.50).

“It felt really good until about the 1400m to the 1200m. All of a sudden she got really keen,” McDonald said. “I thought ‘what is going on is there something clipping my heels’, then all of a sudden one went round her at 100 miles an hour and she thought it was go time then.

“She came back really nice and showed her customary turn of foot, and on that ground she just gets through it so well.”

Waller put the spring cups on the agenda for Verry Elleegant but suggested he would like to see her get in with the right weight.

He wasn’t subtle in calling out the Victorian handicappers, who seem to treat internationals with kid gloves compared to Australian horses.

“The Caulfield Cup would be high on our radar and even a Melbourne Cup,” Waller said.

“Let’s hope we get weighted as well as some of the other horses from around the world and they keep giving the Australian horses a chance. She’ll be there and she’ll be one of them.”