admin March 28, 2020 Federal Politics Comments Off on Wage subsidy on the way in Morrison’s plan to pay workers who lose jobs 48 Views 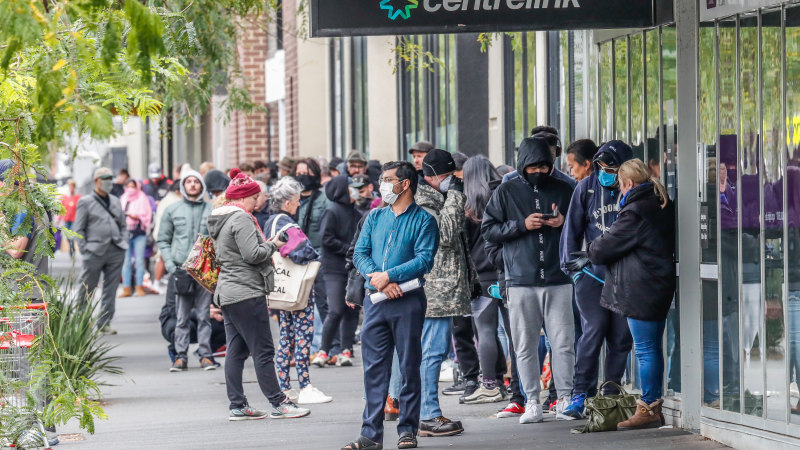 Mr Morrison confirmed the plan on Sunday morning but said the proposal would cover people laid off in recent weeks, but he said it was not simple and needed time to be finalised.

“Anyone can have an idea about that but converting that into an actual deliverable program that can reach millions of people is a very complicated exercise and that is the work we are engaged in doing,” he said.

“The package would support those who have more recently been the victims of these closures that have taken place, and we will be seeking to support people involved in those closures, but we will advise further details of the starting point about that.”

Labor leader Anthony Albanese has criticised the government for not doing enough to help up to 400,000 workers who have or will lose their jobs following sweeping shutdowns ordered by the government.

Mr Morrison’s first stimulus measures have only offered workers the JobSeeker allowance, previously known as Newstart and worth $2,200 per month including a temporary doubling of the rate during the health and economic crisis.

The move to a wage subsidy is a significant shift and recognises the complaints from Labor, the unions and industry groups such as the Australian Chamber of Commerce and Industry, which wants more generous income support for workers.

The plan for a wage subsidy is not yet finalised and is not due to be announced on Sunday. The third tranche of the economic stimulus is being prepared for the middle of the coming week.

The policy shift was reported by The Australian Financial Review on Saturday night. Government sources confirmed the plan to The Sydney Morning Herald and The Age.

Labor industrial relations spokesman Tony Burke slammed the government for offering workers too little through the JobSeeker payment and bungling the delivery in a way that left Australians queuing at Centrelink offices and unable to get through to the agency’s website.

The government wants to use employers to help offer the income support rather than developing a new system or relying only on the Centrelink payment system.

One concern among federal cabinet ministers is that the UK system has been announced but not yet implemented, raising questions about whether it can be delivered in practice.

The Canadian government has announced a wage subsidy plan but the details are not yet finalised, while the New Zealand government has adjusted some features of its policy after the initial announcement.

For these reasons the Morrison government is pursuing its own approach rather than directly replicating schemes in other countries.

Asked on ABC Insiders how the scheme would work, Senator Cormann said it would be “significantly enhanced business support through business” but that the final form was yet to be announced.

He said the intention was to require employers to keep their staff employed with the help of the government subsidy.

“Our commitment is to do this through our existing systems, the tax system, and the existing welfare system so that we do actually have the capacity to deliver this on a large scale.

Senator Cormann also confirmed the government would change JobSeeker rules that halt unemployment benefits to anyone whose partner is earning more than $48,000 a year.

Previous High security as international arrivals to Melbourne taken to Crown for quarantine
Next ‘It’s never been this busy ever’: Peninsula businessman slams ‘selfish’ tourists