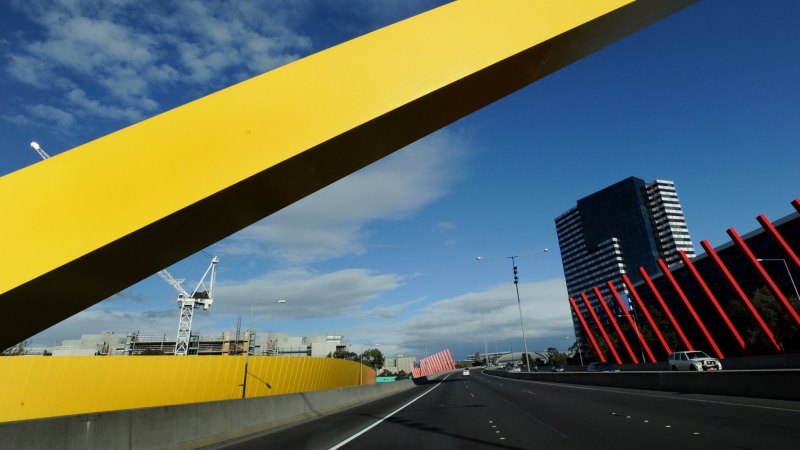 Traffic was down 14 per cent for the whole month of March. Traffic plunged 43 per cent on Melbourne’s CityLink last week, and was down 29 per cent last week on Transurban’s Sydney roads, which include the M4, M5, M7 and the Cross City Tunnel.

Brisbane traffic fell 27 per cent while on Transurban’s roads in North America, traffic was down 65 per cent. Group-wide traffic came in 4 per cent lower for the March quarter.

Commercial vehicle traffic did not fall as much (down 7 per cent last week company-wide). Mr Charlton said a boost in online shopping and home deliveries during enforced lock-downs likely supported traffic volumes.

Transurban withdrew its previous distribution guidance of 31¢ per share and said it would now pay a distribution “in line with free cash, excluding capital releases”.

Mr Charlton said the company had sufficient liquidity to see it through June 2021, and still had the option of going to debt markets if it needed.

“We have offers and options on further liquidity,” he said. “The markets and the debt markets are not closed.”

In this regard, the coronavirus crisis was different to the global financial crisis of 2007/8, Mr Charlton said.

Transurban remains in a standoff with contractors John Holland and CPB Contractors over the building of Melbourne’s new West Gate Tunnel.

The builders say they are unlikely to meet the 2022 construction deadline and Mr Charlton said COVID-19 containment measures – which include social distancing rules on work sites – would put more pressure on the construction timelines.

The builders were running a tender to find a site where they could dump contaminated soil, which has held up the project, Transurban said.

At 2:30pm Transurban’s shares were trading 0.6 per cent higher after dipping in morning trade. The stock is down 25 per cent since February 25.