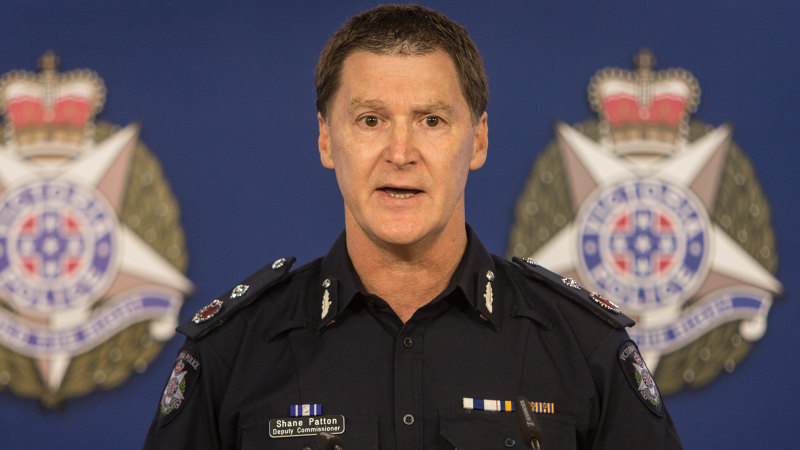 The Age does not suggest Mr Abercrombie did anything wrong, or had knowledge that his guests may have flouted isolation regulations. He has issued a statement saying he was found to be coronavirus-free after being tested twice.

Police issued 13 fines on Wednesday for breaches of Victoria’s stage 3 coronavirus restrictions. A group of people who were intoxicated and drinking on the street were fined, as were several people who were driving around in a car looking to buy drugs.

Another person, who was at a gathering at a home where they do not live, was also fined.

It comes after a woman in her 70s died in hospital as a result of the virus, bringing Victoria’s death toll to five. The number of confirmed COVID-19 cases in the state surpassed 1000 on Thursday, with the diagnosis of another 68 people taking the total to 1036.

Mr Patton said he was shocked that a Geelong brothel had been operating on Wednesday.

“It astounds me. We were called there, to this brothel, because the street was that busy at one stage it became a traffic jam. That is absolutely insane in this current environment,” he said.

Mr Patton said he believed the brothel owner had told police they weren’t aware of the new rules.

“I find that quite astounding really. Even if they weren’t, they were aware they weren’t an essential service. The reality is to have that contact with people where you have a traffic jam of people queuing up, we shouldn’t be having contact with anyone. It’s just ridiculous.”

“We found a number were open and … the lights were off but the doors were open and customers seen to be going in. That’s just not in your essential services,” he told ABC radio.

Under stage 3 restrictions, there are only four reasons residents can go out: food and supplies, medical care and care giving, exercise, and work or education. Gatherings are limited to two people who are not from the same household.

Mr Patton said people in the community could no longer feign ignorance about the rules.

“That’s not going to cut it,” he said. “People must know … they cannot have this contact and the intent is for them to be at home, bunkering down and not potentially spreading this virus.

“People need to think, if they do breach these guidelines, how are they actually going to feel if they are positive and they have infected people and they have caused them injury or in the worst case death?”

Police carried out 1084 spot checks on people who have been instructed to self-isolate on Wednesday.

About 270 police officers, including two who have been diagnosed with the virus, are currently in self-isolation.

The front reception counters at 40 per cent of police stations have been closed. Stations will continue to operate as normal behind the scenes and at least one station in each of the state’s 21 police divisions will remain open to the public.

Health Minister Jenny Mikakos did not rule out stage 4 restrictions for Victoria.

“When we look today at a significant jump in community transmission, that is concerning,” she said on Thursday.

“We want to ensure the community follows all of these stringent measures … and there may need to be further measures put in place.”

Previous Rediscovering vinyl in the age of social isolation
Next The balance sheet banker: Why Peter King is best-placed to lead Westpac

Appeal for information after teen sexually assaulted in Melbourne laneway

A 19-year-old woman has been sexually assaulted by an unknown man in a Melbourne laneway, …