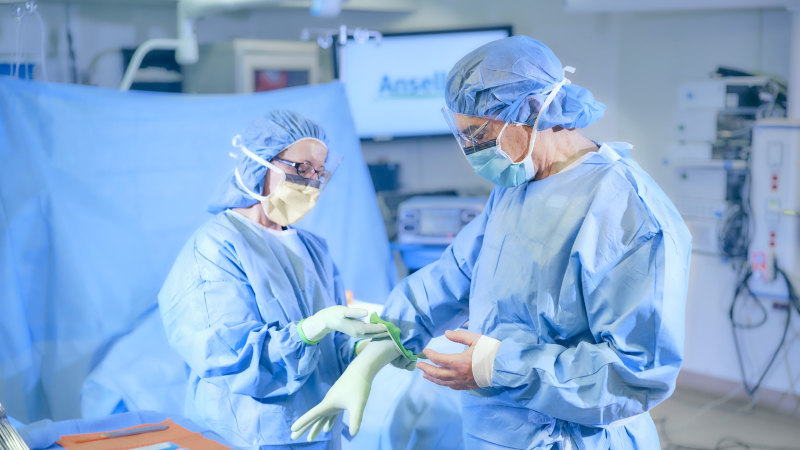 Ansell is concerned there is potential for price spikes in other forms of PPE. Ansell makes some masks but is a major supplier of protective gloves and body suits, which have seen a surge in demand because of COVID-19.

Ansell has “shut off” distributors who tried to increase prices for its products during the crisis.

The straight-talking CEO also hit out at some European countries where he said authorities had seized PPE shipments and redirected them.

“We had a shipment to Italy recently that was stopped at the Italian border by the Italian government and they just took the product and took it to the hospital they wanted to send it to.

“And of course it was intended for another hospital that had ordered the product, so it’s getting to be a little bit dysfunctional,” he said.

“The European common market isn’t functioning fully right now. Because individual European countries are blocking borders and forbidding exports, or even laying claim to product arriving on their territory that doesn’t belong to them,” he said.

“The Czech Republic took some shipments of masks intended for Italy. And they just commanded it and put it into the Czech hospital system. France did something similar today with a Swedish shipment from China,” he said, speaking from Brussels.

The goods reportedly redirected by the Czech Republic were not Ansell products, he said.

The Ansell CEO also expressed concern that suppliers of raw materials and components could be impacted by the coronavirus crisis, “threatening continued output of our protective products crucial to managing the pandemic and keeping workers safe”.

Ansell also warned that government restrictions around the globe were limiting or stopping distribution of PPE and “exacerbating the worldwide shortage”.

Restrictions in Malaysia, where Ansell has a plant, had significantly affected glove manufacturing. Factories in Malaysia, which produce about 65 per of the world’s single use gloves, were “shut down for about four or five days and then running at about 50 per cent of capacity based on government decree, for another week”, until normal production was allowed to resume, Mr Nicolin said.

Ansell has invested significantly to increase production in China and elsewhere in response to COVID-19, with its China plant running 30 per cent above its pre-pandemic capacity.

Ansell, which also makes non-healthcare products, is seeing reduced demand for its industrial products as economies slow down.

“On the other side we have hospitals and laboratories and so forth where demand is through the roof,” Mr Nicolin said.

Ansell expects the falls and spikes in demand to offset one another, and in a market update on Monday maintained its fiscal 2020 EPS [earnings per share] guidance range of US112¢ to US122¢. This is in stark contrast to scores of other companies that have withdrawn guidance.