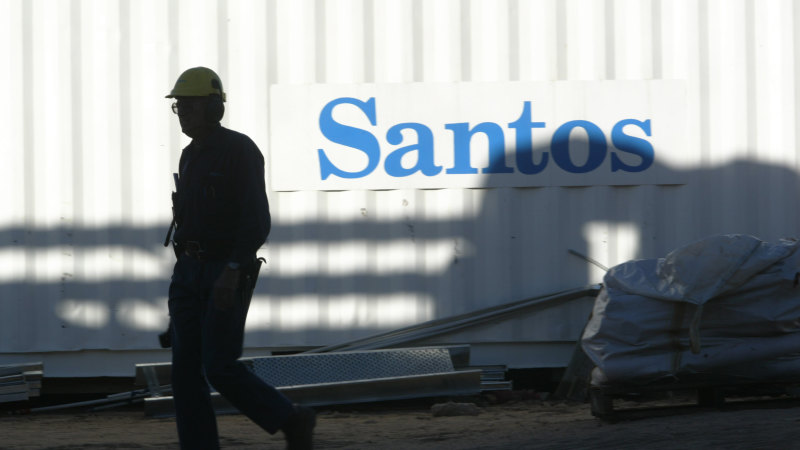 “This is further evidence that institutional investors have woken up to the damage a growing gas industry is wreaking on the planet.”

A second resolution, for Santos to review its industry associations to assess whether their climate positions were inconsistent with goals to arrest global warming, gained an even larger 46 per cent yes vote from shareholders.

The resolutions were not officially put to the meeting as they hinged on the passing of another motion to amend the company’s constitution. However, Santos chairman Keith Spence published the voting results of the climate resolutions in the “interests of transparency”.

“It’s clear that climate change is a very important issue for our shareholders, and it’s something that’s personally important to me,” he said. “Our company is already taking industry-leading action towards emissions reduction and will continue to engage constructively with shareholders on climate change and work towards our shared aspiration of net-zero emissions by 2050 over the coming year.”

The Santos board had urged investors to vote down the climate resolutions, insisting its existing target of reducing emissions by 5 per cent by 2025 and its aspirational target of achieving net-zero emissions by 2050 were “demonstrably consistent” with the the Paris climate agreement commitment to keep global warming below 2 degrees. It also said natural gas was curbing global emissions by replacing coal power and providing the reliability needed to support the transition to more-intermittent renewable energy sources.

But critics argue the role of gas – which although cleaner than coal remains a heavy source of emissions – is limited in scenarios to keep global warming below 2 degrees.

Mr Gocher told the meeting on Friday that Santos’ plan to lift gas production by 60 per cent by 2025 was out of step with the Paris goals and the positions of many of its global peers such as BHP and Royal Dutch Shell which had pledged to set targets to reduce their Scope 3 emissions caused by the end-use of their products. Scope 3 emissions are far greater than those from resources companies’ own operations.

Emma Herd, chief executive of the Investor Group on Climate Change, which represents Australian and New Zealand institutional investors with $2 trillion of assets under management, said the levels of support for the two climate resolutions were significant.

“They are a reminder that oil and gas companies have been on notice for several years that investors expect them to address climate change in line with the Paris agreement,” Ms Herd said. “The question now for Australian companies like Santos and Woodside is whether they are matching their European counterparts who increasingly recognise that a strategy for a diversified business beyond pure fossil fuel extraction is required to reduce climate risk and provide long-term value for investors.”

Previous Athletic Zebrowski ready to stay the trip in the Derby
Next Inside Running: Jockey Glen Boss chasing top earners

Investment in mobile networks is crucial for the big three operators – Telstra, Optus and …