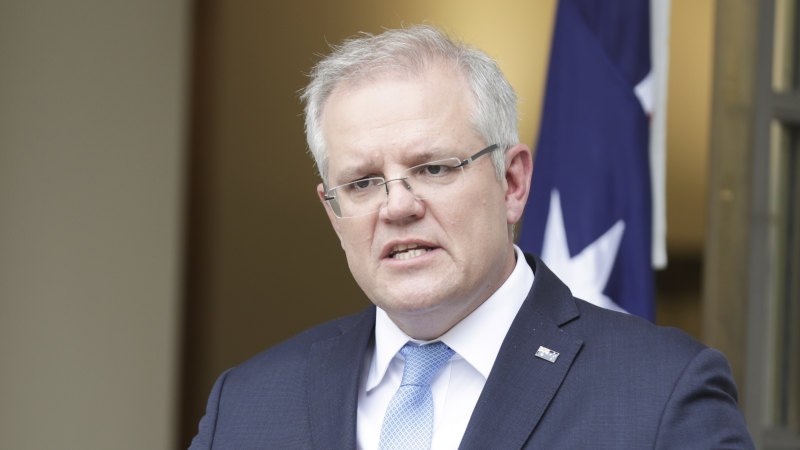 “It doesn’t matter whether they have just been born or [are] approaching the end of their life – every Australian matters,” he said.

In the first sign that efforts to “flatten the curve” are beginning to consolidate, the federal government on Friday evening released data showing Australia had gone from a daily infection rate of 25-30 per cent two weeks ago to under 10 per cent in recent days.

Federal Health Minister Greg Hunt said it was “still early” and Australians still faced a “marathon ahead of us not a sprint”.

“But the combination of tight border control, the most comprehensive testing regime in the world, contact tracing and social-distancing measures are helping protect Australians,” he said. “It could spike and there will be difficult days, but the hard work and deep sacrifice of millions of Australians is giving us cause for early hope.”

As of Friday evening, Australia had recorded 5319 cases of COVID-19 – more than half of those in NSW and Victoria – with 27 deaths.

Mr Morrison said the changes to daily life had been made on a “sustainable basis”. Governments needed to “get the balance right”, regularly reviewing data to ensure they were “only doing what is necessary” to protect the health of Australians.

“Had the virus kept growing at the same rate it was 12 days ago, we would now have more than 10,500 cases in this country,” the Prime Minister said. “That is a tribute to the work that has been done by Australians in getting around and supporting the very sensible measures that have been put if place.”

Mr Morrison reiterated his warning for the public not to travel over the Easter period. “People should not be getting in their cars and going to other places,” he said.

He said if Australians wanted to know what their “big sacrifices” were achieving, they should “look at overseas countries”.

Chief Medical Officer Brendan Murphy said the true number of coronavirus cases was likely to be “five or 10 times higher” than the global figure of 1 million cases recorded on Friday.

He said in Australia it appeared the number of cases coming from cruise ships and those returning home were now under control. “The issue that worries all of us are these community transmissions,” he said.

Previous ‘Ready by second year’: Universities will need to play catch-up due to virus disruption
Next Alcohol rehab centres close over virus fears amid rising demand