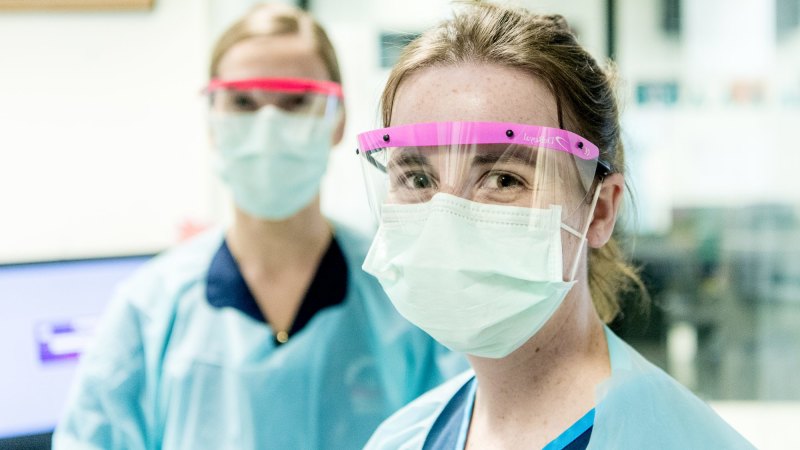 Federal Labor has described the living arrangements of many health professionals as “untenable” and written to the federal government expressing its concerns.

The association representing doctors also wants healthcare professionals to be able to stay away from their families to allay fears among the medical profession – some of whom are already living apart from their households due to concerns about vulnerable family members.

A government spokeswoman said healthcare professionals understood better than anyone the importance of infection control and were “taking every step” to protect themselves and their households from contracting coronavirus.

“We will continue to look at ways to support nurses, doctors and other healthcare workers on the frontline to ensure they are safe and have the support they need,” she said.

“It makes much more sense if we can provide some isolation to them through hotel accommodation,” he said. “It’s a very good public health measure for the community.”

Associate Professor Rait said decreases in returned cruise ships and international travellers would create more space in hotels that had been set up as temporary quarantine accommodation.

On Saturday Health Minister Jenny Mikakos said 80 per cent of positive cases among healthcare workers had been acquired through overseas travel or a close contact outside of work. But she said healthcare workers were also at greater risk of falling ill.

“That is why we have included them very early on as a priority group for testing,” she said.

Anthony Murray, the franchisee of Quest Royal Gardens, said such a deal could save his business.

“For me personally, it would be huge,” Mr Murray said. “I’m 250 metres away from St Vincent’s Hospital, so it would mean we can survive.”

People have taken to social media this week to share stories of loved ones in the healthcare industry searching for alternative accommodation and calling on the government to help.

Late last month Eastern Health confirmed six healthcare workers had tested positive while four staff members at Werribee’s Mercy Hospital were self-isolating after one of them fell ill with the virus.

A staff member from the Peter Mac Cancer Centre has also tested positive.

The call for accommodation comes as the AMA questioned the speed of the federal government’s roll-out of 100 respiratory, or “pop-up” clinics Australia-wide.

A Health Department spokesman said there were currently seven such clinics in operation, with plans to open the rest in four to six weeks.

Prahran and Altona North are the two clinics opened so far in Victoria.

Associate Professor Rait said greater testing was crucial to combat the spread of the COVID-19.

“It’s really important if we have to get on top of this that testing is available more widely,” he said.

Ms Mikakos said the Victorian government was working well with the Commonwealth.

“We have indicated to the Commonwealth a number of public health services … that would be able to host such pop-up clinics in our state,” she said.

Previous ‘Stay home’: Holiday town residents tell Melburnians to stay away
Next Kids to get kinder for free in term two