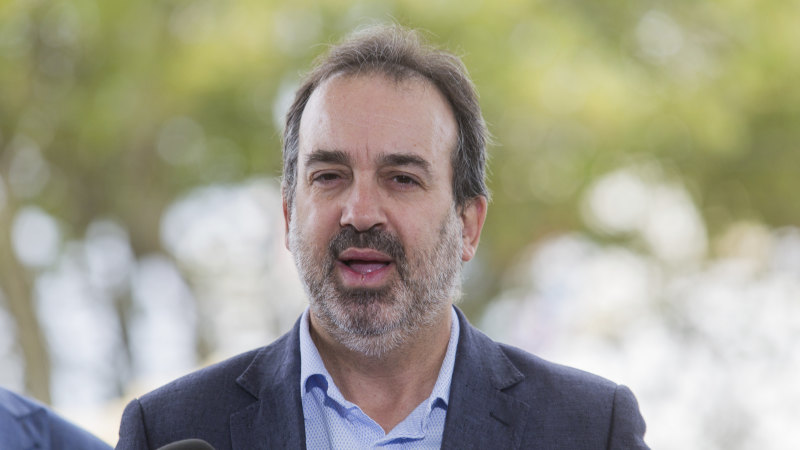 Dr Belot works between Cohuna and the hospital in nearby Kerang and said “our little hospital wouldn’t cope”.

“Cohuna’s population nearly doubles over Easter and we definitely discourage people from coming. We don’t have the resources of Melbourne,” she said.

“No one needs to spend the day at the beach or the weekend touring around regional Victoria. This will only spread the virus and more people will die,” Mr Pakula said.

However, the state’s health order doesn’t prevent domestic holidays in all circumstances.

There are strict conditions directing people to stay at home, with exemptions including for exercise, some shopping, work and education. But it does not ban people who own a second home in a regional location from relocating.

‘Cohuna’s population nearly doubles over Easter and we definitely discourage people from coming.’

Surf Coast locals fear visitors around town and on beaches will spur officials to impose a tighter lockdown, or, even worse, that asymptomatic carriers of the virus could cause an outbreak that stretches the region’s limited health resources to breaking point.

Torquay local and president of the residents’ association Andrew Cherubin said “people need to think of our towns like they did with bushfire-affected towns”.

“Don’t go during the disaster but support us after the danger is past,” Mr Cherubin said.

Mr Cherubin said locals in popular surfing towns along the coast are “apprehensive in the lead up to Easter”, and particularly the “surfing community are very concerned”.

“The worry is that everything here would get shut down, like in Bondi or St Kilda, where you can’t go anywhere, including the beach, because there were too many people around.

“If people come down here they won’t want to sit in the house when they can already do that in Melbourne. It’s more than likely they will use the outside facilities here under the excuse of exercise … we don’t want a situation where our towns are shut down more than the rest of the country.”

“We’d really prefer people not to travel and stay at home over Easter, we are very concerned about the capacity of our medical units,” Cr Hodge said.

“You can go for a walk but you’ve got to keep social distancing, our beaches are closed and a lot of our cafes and tourism spots are shut.”