admin April 5, 2020 Latest News Comments Off on One of the most crucial aspects of containing COVID-19 is overlooked 56 Views 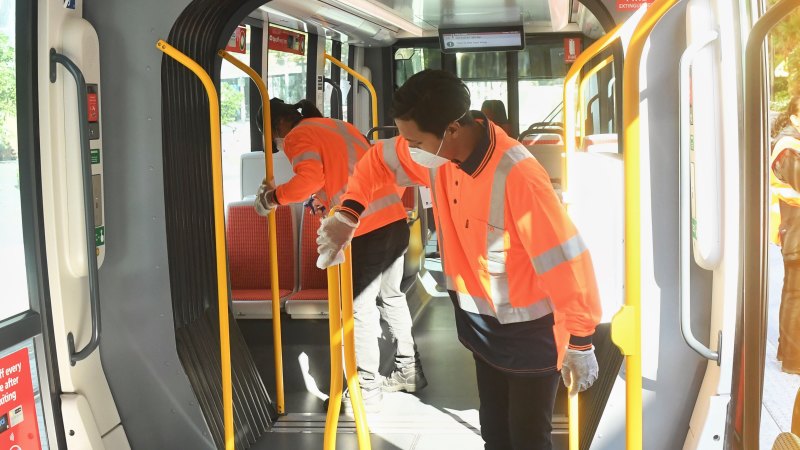 “When you take the disinfection cleaning system into the community – places like schools, churches where clusters are known to occur or even in the home where one person is sick and potentially contaminating surfaces – that’s when we start to get worried.”

The Ruby Princess cruise ship, which became the source of more than 600 coronavirus cases, had been rated a medium risk for COVID-19 when it docked in Sydney after its previous voyage with 158 sick passengers on board.

Macquarie University infection control specialist Karen Vickery said her research showed the bottoms of chairs were a particular lurking point for bacteria, because people frequently reached under their seats to pull them into the table, but they were often missed by cleaners.

There are 380 people in NSW who acquired COVID-19 from an unknown member of the community.

A study published in the New England Journal of Medicine last month found SARS-COV-2 could survive 24 hours on cardboard, four hours on copper and 72 hours on stainless steel or plastic surfaces.

The Journal of Hospital Infection reviewed the literature on the survival of various coronaviruses and found human coronaviruses could survive up to five days on metal, glass, paper and ceramic and nine days on plastic, and that SARS-COV-2 could be expected to be similar. However, surface disinfection containing 62-71 per cent ethanol significantly reduced the virus.

Professor Deva said it was crucial for surfaces to be cleaned with soap before they were disinfected.

“If someone coughs up a bit of mucus that contains the virus, if that bacteria is not cleaned off – in other words, if you simply spray disinfectant on it – the protein acts as an armour that protects the virus. Disinfectant will not work unless you clean the surface,” Professor Deva said.

UNSW infection control expert Professor Mary-Louise McLaws, an adviser to the World Health Organisation’s COVID-19 preparedness group, said the studies were likely to overstate the amount of time the virus could survive in the real world, where smaller amounts were present and the particles would be subject to the wind, UV light and doors opening and closing.

“If you’re going to have a virus this is a great one for cleaning because it doesn’t like soap and water and it doesn’t like more than 65 per cent alcohol,” Professor McLaws said.

Previous Dozens fined at car rally for breaching new social distancing rules
Next ‘This generation as strong as any’: Queen urges Brits to respond to challenge