Race-by-race tips and preview for Queanbeyan on Monday

admin April 5, 2020 Latest News Comments Off on Race-by-race tips and preview for Queanbeyan on Monday 67 Views 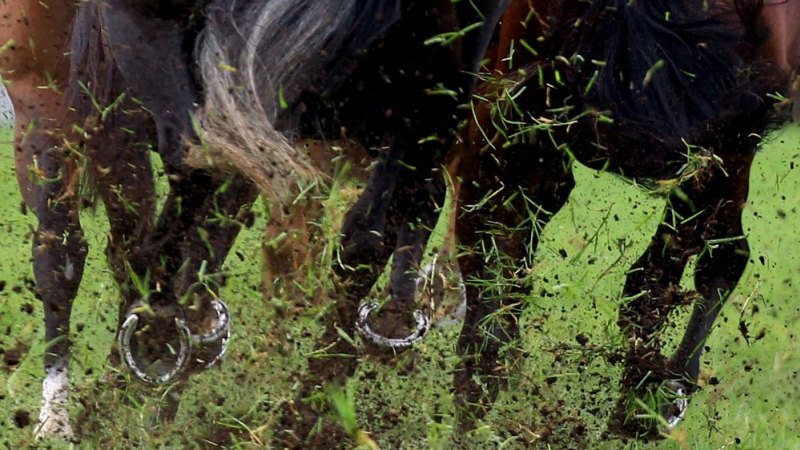 Still with the maidens, and back to scamper trip with any number of chances. Liked the second of two trials from three-year-old gelding and first starter 5. Fat Gecko (Magnus x Safety Pin by Pins) who ran through the line well for little-known Goulburn trainer Danielle Seib, and debuts in blinkers.
Dangers: Hawkesbury four-year-old 4. Thrive In The Home hasn’t been far away in two runs this prep, and again takes up a forward position from the draw. Watch the betting on both Warwick Farm filly 7. Aradhana who led for a long way this track at third start, although will have to show a tonne of speed to get over from a wide draw. Kembla filly 13. Deep Gold (Deep Field x Fool’s Gold by Slippery) is on debut without a recent official trial, but showed ability in two trials late last year. Local two-year-old filly 12. She’s So Ready resumes without a public trial, but gets in light after jockey’s 2kg claim while three-year-old Moruya filly 14. Riverina Demand has shown improvement in there runs this prep, and form rider goes on. Was scratched from Gundagai on Sunday.
How to play it: Fat Gecko to win and first four 4,5,7/4,5,7,12,13,14/4,5,7,12,13,14/4,5,7,12,13,14.
Odds and Evens: Split.

Another testing and open affair for the maidens over a mile at set weights. Improving three-year-old gelding 5. Radiohead from the local Mick Smith stable can break through at fifth start from the inside draw, with rider claiming 2kg and winkers going on. Has held his ground OK in stronger maidens, and at peak fitness for this.
Dangers: Improving Goulburn mare 8. Bob’s Angel draws alongside, and comes out of that same Sapphire Coast race when just behind Radiohead. Kembla four-year-old 4. Talent Award looks nicely suited at this trip after closing off well first-up in a handy maiden at Goulburn, but will need to find early cover from a wide draw. Another four-year-old Goulburn mare, 10. Wakame, finished nicely this track second-up, and can peak over longer trip.
How to play it: Radiohead to win.
Odds and Evens: Split.

Sharp rise in grade now, and keen on three-year-old home-track gelding 6. Oliver Skoona from the Joe Cleary yard who looks one of the better weighted runners all day. Swept home to beat a decent maiden field second-up off a long break despite jumping sharply in trip, and the mile looks ideal.
Dangers: Gosford gelding 1. Balmaceda was even through the line resuming in a handy BM66 at Coonamble. Gets right back in the weights argument after rider’s 4kg claim, and second-up form is good. Canberra five-year-old 3. Eaglehawk bolted in a much weaker race here two starts back before a moderate run at Goulburn. This is tougher, but gets nice weight relief. Improving Hawkesbury five-year-old 7. The Towers also took a liking to the downhill run here, with a dominant off-speed win in a BM58, although doesn’t want it too wet and this is harder.
How to play it: Oliver Skoona to win.
Odds and Evens: Split.

Wide open and fairly thin race. Canberra six-year-old 9. Admire Gratzi from the Gratz Vella stable did his best work late second-up here this grade and trip. Should be at peak fitness now and enjoys soft going, but will need the speed on.
Dangers: Rival Canberra mare 3. Maddie’s The Boss is first-up for five months without a public trial, but two of her three career wins have come on this track, and reportedly done plenty of work. Hawkesbury mare 4. C’est La Vie bounced to the front here and kept going this grade second-up, but more depth in this one and drawn wide.
How to play it: Admire Gratzi to win and box exacta 3,4,9.
Odds and Evens: Odds.

An even group of restricted stayers, but five-year-old Randwick gelding 2. Cajetan from the John O’Shea yard gets to his pet trip third-up after finding the opposition a bit slick in first two runs back. Draws to get a cosy passage.
Dangers: Progressive Canberra three-year-old 3. Pecuniary Interest has hit form as the distances have risen winning two of his last three, and will be hard to stop again if he can find some cover from the outside draw. Kembla seven-year-old 4. Justice Honor has worked home OK in his last two including less than three lengths off Pecuniary Interest at the Sapphire Coast. Coming out of that same race, six-year-old gelding 9. Monterey Magic was also fair to the line, and draws to get a nice run while improving Moruya mare 8. Instruments is best of the rest.
How to play it: Cajetan to win.
Odds and Evens: Split.

Same grade back to the sprint trip, and there are plenty of chances. Four-year-old Canberra mare 10. Tycoon Tily from the Luke Pepper yard looks well placed after charging home late at the Sapphire Coast in similar ground. Careered away to win by nearly five lengths in a class 2 at Orange three runs back, and draws to get a charmed run right behind the speed.
Dangers: Local four-year-old gelding 1. Concrete can win again. Has surged home to just miss last two runs here this grade either side of a solid effort in stronger company at Canberra when taken to the front. Won’t want to drift too far back from a tricky gate, but will be rattling late. Preferred here to Gundagai on Sunday. Rival home-track filly 7. Destiny’s Dee Day didn’t fire a shot resuming, and will need some luck from a wide draw, but charged home to win only previous second-up run. Watch the betting on resuming Hawkesbury three-year-old 4. Billy Piu Style who won fresh last winter, and has been given a quiet trial. Another local seven-year-old mare, 9. Quiano Queen, also resumed with an average effort in that same BM58 this track behind the scratched Ticked Off, but can improve off a better draw while Gosford mare 11. Miss Devinci is best of the rest.
How to play it: Tycoon Tily each way and quinella 1 and 10.
Odds and Evens: Split.

Play it again Sam, and that suits nine-year-old Canberra speedster 1. Sky Mission from the Rob Potter stable who loves this track and distance. Hasn’t missed a place in three runs this prep, including a smart all-the-way win three runs back. Soft track form solid, and with rider’s 4kg claim offsetting the big weight, only has to jump clean to be the one to beat.
Dangers: Big watch on resuming Warwick Farm filly 10. Judge’s Daughter who looked sharp easily winning a trial on soft 7, and normally comes to hand quickly. Warwick Farm four-year-old 3. Pretorius comes off two modest runs in stronger class, but only career win so far came here to break his maiden while three-year-old Hawkesbury filly 8. Our Sweet Love also comes off a maiden win this track.
How to play it: Sky Mission to win.
Odds and Evens: Split.

Previous ‘This generation as strong as any’: Queen urges Brits to respond to challenge
Next Coronavirus Updates Live: CMO urges Australians to stay home at Easter