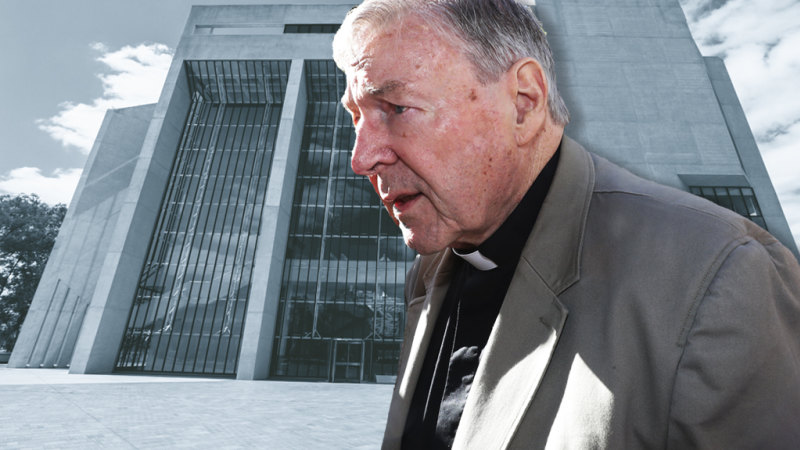 But if the court dismisses the appeal, the 78-year-old will have exhausted his legal avenues and will remain in jail, with 2½ years more to serve before he is eligible for parole.

There is a chance the High Court could find Pell’s appeal successful but refer the case back to the Victorian Court of Appeal for another hearing.

Possible outcomes from the High Court on Tuesday

Even if Tuesday’s judgment marks the end of the criminal proceedings against Pell, his conduct could remain under scrutiny for years.

A surge of civil cases – launched either by other people who claim he sexually abused them as children, or those who allege he did nothing to prevent the abuse by other paedophiles in the church – are expected to hit the courts.

One civil case already with the Supreme Court is that of a man who was sexually abused by Christian Brother Edward Dowlan in the 1980s, and who claims Pell knew of the crimes but did nothing to protect the child.

Others considering suing Pell are waiting for the end of the criminal case. They include people who claim they were sexually abused by Pell and the father of one of the then choirboys found to have been abused after Sunday mass in St Patrick’s Cathedral in East Melbourne in 1996.

The then choirboy’s father blames Pell for his son’s descent into drugs. The son died as an adult from an accidental heroin overdose in 2014, having never reported the abuse.

Aside from pending civil cases, Pell’s past conduct must also be addressed in two high-profile forums.

The end of the criminal case will increase pressure on federal Attorney-General Christian Porter to approve the release of findings about Pell made by the Royal Commission into Institutional Responses to Child Sexual Abuse.

Pell was a priest in Ballarat in the 1970s and 1980s and the royal commission heard about what he knew about paedophile priests in the area at the time, and what he did. The findings, which are expected to be damning of Pell, are currently redacted.

Then there is the judgment from head office.

Pope Francis and the Vatican are yet to publicly address Pell’s conduct and convictions and eventually may have to confront de-frocking the man who was once the Vatican’s treasurer and its third-highest ranking official.

Pell’s five-year legal drama began when the surviving former choirboy told police in 2015 that the Cardinal sexually abused him and his friend nearly 20 years earlier, when he was archbishop of Melbourne.

Pell was charged in 2017, found guilty at trial in December 2018 and jailed last year. He appealed against his convictions but the Court of Appeal ruled against him in a 2-1 majority, so Pell took his fight to the High Court. He has denied all allegations of sexual abuse.

Pell’s lawyers told the High Court that the Court of Appeal judges put too much emphasis on the evidence of the surviving accuser and not enough on other witness testimony. Their evidence, Pell’s team said, should have raised doubt that the crimes took place.

Prosecutors have maintained Pell’s surviving accuser was a reliable, credible witness and that there was enough time in the minutes after mass for Pell to have sexually abused the boys in the cathedral sacristy.If you or anyone you know needs support, you can contact the National Sexual Assault, Domestic and Family Violence Counselling Service on 1800RESPECT (1800 737 732), Lifeline 131 114, or beyondblue 1300 224 636.

Previous More than 80 passengers on board Greg Mortimer cruise ship test positive for COVID-19
Next L-plater, barbecue-goers latest to be slapped with infringements

One intersection, in the western suburb of Toowong, is in an LNP ward. The other, …