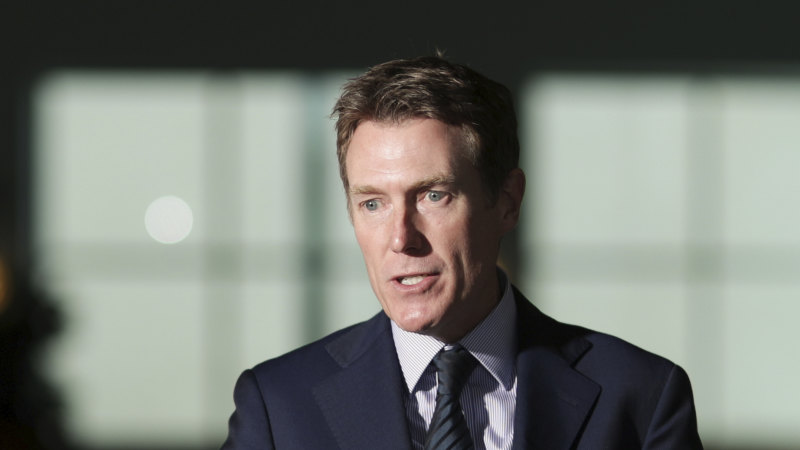 Those who lose hours will be able to apply for a second job to tide them over.

And under the new law, which will be in place for six months, businesses will be able to tell their employers to work in different roles or locations to keep them employed. The temporary roles will have to be safe, within employees’ skills, not too far from their current workplace and “reasonably within the scope of the business”.

That will stop a gym owner directing their idle staff to take up agricultural work on a farm, for example, but allow a bar owner to ask their staff to do delivery runs.

Employers can also request their workers change the days they work and take their annual leave, with only those with a “reasonable” excuse allowed to refuse. All employees can keep two weeks of leave in reserve, though.

Mr Porter rejected Labor’s claims it was unfair to let businesses use the government’s wage subsidy to pay down annual leave obligations they already owe workers.

“Whether or not they’re paying their employee in a business with next to zero work to be on leave or doing something else for a couple of hours a week, does it really matter that much if it saves the employee’s job and helps the employer keep their business afloat?” Mr Porter said.

Under a deal negotiated between Mr Porter and the Australian Council of Trade Unions, employees who believe their bosses have not followed the rules can go to the Fair Work Commission.

Professor Shae McCrystal, a labour law expert from the University of Sydney, said it was unlikely the changes would lead to an explosion of litigation.

“I don’t think we’re currently experiencing a slew of businesses saying I’m going to take advantage of this situation to stand my workers down,” Professor McCrystal said.

Unions had wanted all of the changes to run through the Fair Work Commission to ensure variations between industries were addressed rather than using the same legislation across industries, but settled for giving workers a right to have their employers’ decisions reviewed.

The government has also stood firm on its decision not to include visa workers or casuals working for an employer for less than 12 months in the JobKeeper scheme, leaving more than 2 million workers ineligible.

Labor has said it will vote for JobKeeper, despite having deep reservations about the government’s approach to casual workers, but is considering amendments.

“We will continue to suggest improvements to the government and hope that the government sees the common sense of what we’re putting forward,” Labor leader Anthony Albanese said.

Australian Chamber of Commerce and Industry boss James Pearson hailed the legislation, which he said would give workers and businesses a “fighting chance”, and thanked the ACTU for compromising with the government.

Independent Senator Jacqui Lambie has said she won’t stand in the way of the legislation, as has One Nation, though the party wants to see whether the government will have the power to fix issues with the legislation that come up without recalling Parliament.

The Greens want changes to the laws to include more casual workers. Centre Alliance Senator Rex Patrick said he was worried the legislation allowed the Treasurer adjust the exact eligibility criteria for JobKeeper without having to go to Parliament.

Meanwhile submissions from both industry and union groups broadly backed changes proposed by the Fair Work Commission to give millions of workers on 103 industry awards two weeks of unpaid pandemic leave to self-isolate and an option for twice as much annual leave on half pay.