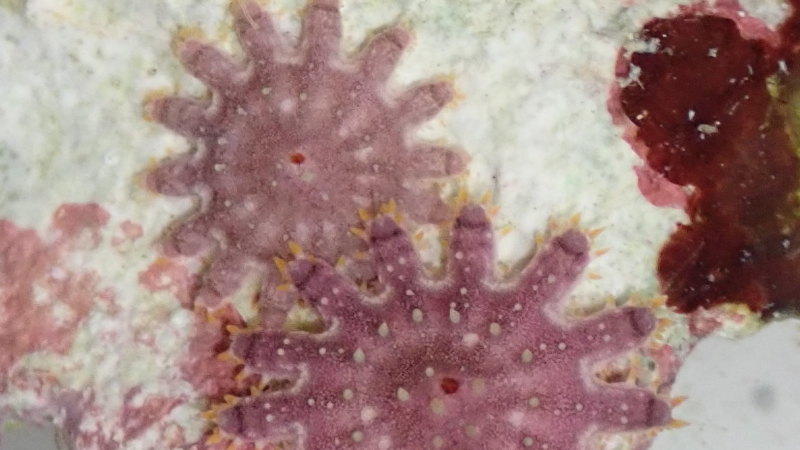 Once on a coral diet, the starfish could rapidly grow to up to a metre in length and consume a square metre of reef in a day or two, said Professor Maria Byrne, who supervised the research. She said it was long understood that other predatory starfish around the world switched from a herbivorous diet as they matured, but that the research had never been done on the crown-of-thorns.

The starfish can do extreme damage to the reef when their numbers increase from time to time. It is thought that nutrient rich agricultural run-off might have spurred increased numbers of crown-of-thorns at their larval stage, while overfishing might have reduced the number of predator fish that might have curbed their numbers as juveniles, causing population breakouts.

The Great Barrier Reef is suffering from the fifth and most extensive mass bleaching event since 1998, with severe bleaching hitting its northern, central and southern sectors.

Due to climate change, the reef is now suffering such events without El Nino weather events triggering them, professors Terry Hughes and Morgan Pratchett wrote in The Conversation website this week.

“The Great Barrier Reef will continue to lose corals from heat stress, until global emissions of greenhouse gases are reduced to net zero, and sea temperatures stabilise,” they wrote. “Without urgent action to achieve this outcome, it’s clear our coral reefs will not survive business-as-usual emissions.”