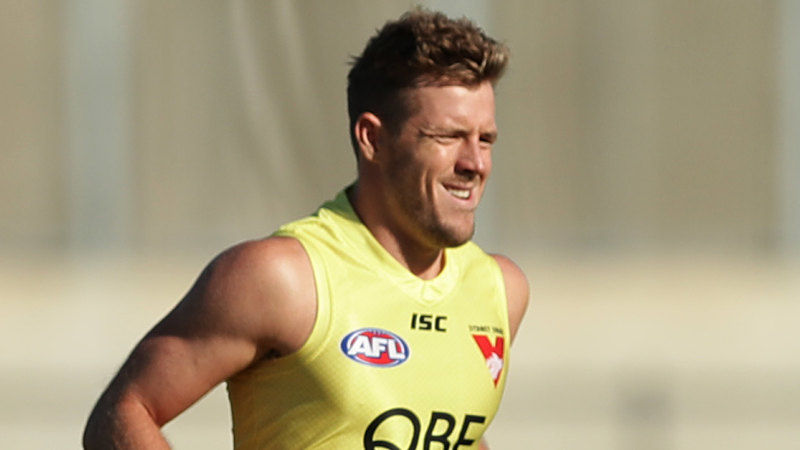 “We’ve got our programs. A few of the boys still live together, which is good.

“It’s difficult times for everyone at the moment, to keep that camaraderie with the whole team, but we’re doing what we can.

“The main thing for the fitness and conditioning staff, and for the boys’ wellbeing, is just knowing what the future looks like and giving a timeline. Then you can start planning.”

Parker was diplomatic but doubtful about the prospect of quarantine hubs forming part of a resumption, arguing “some players would be more open to it than others”.

The AFL is aiming to provide an update of substance later this month as clubs’ strength and conditioning gurus try to map out plans amid the unprecedented COVID-19 stoppage.

Parker suggested the Swans treated the past fortnight “a little bit like an off-season” in terms of training workload, but will now ramp things up.

“It’s just a hard thing, not knowing when we are starting,” the 27-year-old said.

“We were in a really good headspace [after winning in round one] … now it’s just about planning, how do we get back to that mindset.”

Parker has filled his days with training, but also time on a renovation worksite.

“It’s been good, otherwise I would have been in a state where you can get into a routine of just sleeping in and wondering what to do apart from training,” he said.

Parker has also helped out at the Addison Road Community Centre as part of former Socceroo Foster’s program, in which athletes are filling thousands of volunteer positions left vacant because of the coronavirus.

“We’ve got a lot of spare time, I was happy to put my hand up,” Parker said.

“It’s a great concept … making sure that we’re still looking after people in less fortunate situations.”

Previous Crows coach calls for clarity on soft cap plans
Next On the brink: The EU’s simmering conflict is coming to a boil