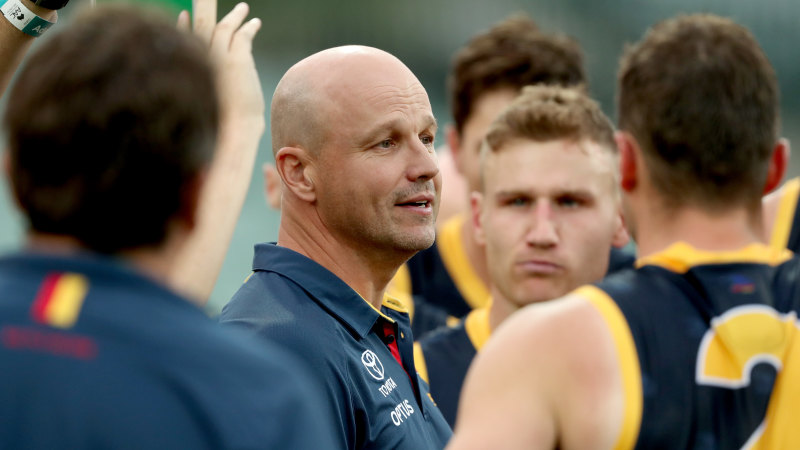 “There is no doubt the toughest part of all of this is the pain our people are feeling, as are a lot of industries, where the money is just not there and the work is not there at this point,” Nicks said.

“Some people are doing it really tough. And having to be part of that decision-making process on who is with us going forward is a really tough one.”

Nicks said the future of the soft cap and assistant coaches across the league was a pressing question.

“It’s one we’re asking at the moment of the AFL, just trying to get a little bit more direction of where the game is heading,” he said.

“And that is really based around what the soft cap will be going forward.

“But there’s also total understanding of, like everyone, the AFL at the moment is doing everything we can to look after our people but also look after the game.

“There are some challenges that we are facing at this point and one of those is the financial challenge.

“There’s not the money there for things to run as they have, so the expectation is the game will look a little different going forward off the field.

“Footy departments were getting quite large … we may not see quite as many coaches going forward if the soft cap changes.

“But it’s a tough one because we hope then that won’t affect the game moving forward, the standard of the game … which is a pretty high standard.”

Nicks said he had been reaching out to Adelaide’s assistant coaches during the shutdown.

“They’re in a really tough spot at the moment, waiting on what will be some news to come out about where the soft cap ends up.”

Previous How the DPP allowed a sliding door to close on the prosecution of Pell
Next AFL:AFL timeline to aid players’ focus: Parker