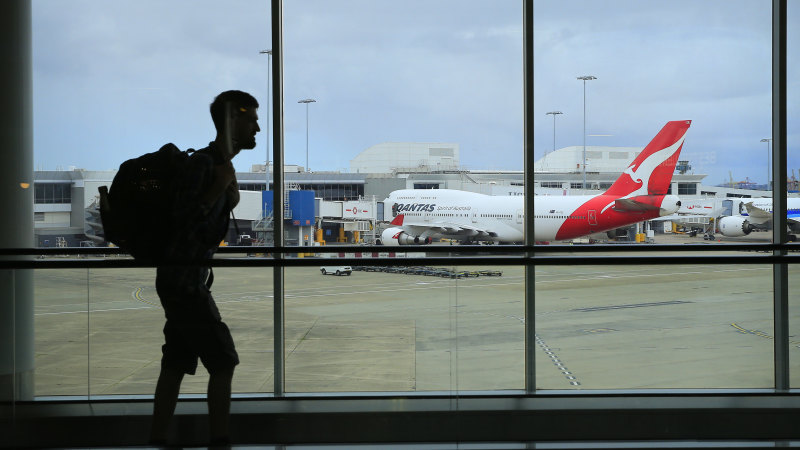 “This is exactly what the workers were fearful of, and now the tragic consequence of these is that they’ve had members of the family infected,” Ms O’Neil said.

The crew member and mother of the asthmatic child was hospitalised with COVID-19 after working on an international flight.

The crew member returned home to recover. Her child contracted the disease either before or after her mother’s hospitalisation, Ms O’Neil said.

“She was clearly exposed to the virus as a result of her job,” Ms O’Neil said. She was very concerned about … having nowhere safe to go and wasn’t provided with a safe place to isolate by her employer.”

Qantas denied cabin crew are at high risk of contracting the virus, with no confirmed cases of on-board transmission, and says the quarantine exemption is essential for it to be able to bring stranded Australians home.

The airline says it believes cabin crew were infected while in overseas cities that had not yet put social distancing rules in place. That includes 11 staff who tested positive after a March 28 flight from Santiago to Sydney, who “almost certainly” contracted the virus while in Chile.

For just over two weeks all international passengers have been quarantined in hotels but staff were exempt. Airlines were granted the exemption by the Australian Health Protection Principal Committee.

The exemption was rolled back on Thursday, however, and airline crew must now self-isolate either in hotels or at home for 14 days or until their next flight.

“At great personal risk Qantas crew are taking Australians home who have been stranded by COVID-19 and many have become sick,” Ms O’Neil said.

She said staff had asked Qantas to provide a place they could self-isolate like a hotel “but that was refused”.

The ACTU is demanding Qantas immediately provide leave entitlements for all staff affected by coronavirus in the course of their work, including those ordered into self-isolation after being exposed.

A Qantas spokesman said crew who volunteered to operate its rescue flights had been put on a one-month roster and will be paid for a month’s work, including periods of mandatory self-isolation and regardless of whether they are sick.

However crew will not be paid during self-isolation or be eligible for sick leave at the end of that roster. The spokesman said crew could access the JobKeeper payment and the airline was “looking at what support we can provide” in that scenario, the spokesman said.

The airline previously paid baggage handlers who were sent home from Adelaide Airport for self-isolation after a coronavirus cluster was identified.

A Virgin Australia spokeswoman said the airline will pay sick leave to crew if they become ill after operating a flight, regardless of whether they would otherwise be “stood down”. It will also pay them during the now-mandatory 14-day isolation period on their return to Australia.

Unions representing engineers are taking legal action against Qantas over its refusal to pay sick leave to stood-down workers.