No fines for people in shops, as car wash penalty revoked

admin April 10, 2020 National News Comments Off on No fines for people in shops, as car wash penalty revoked 84 Views 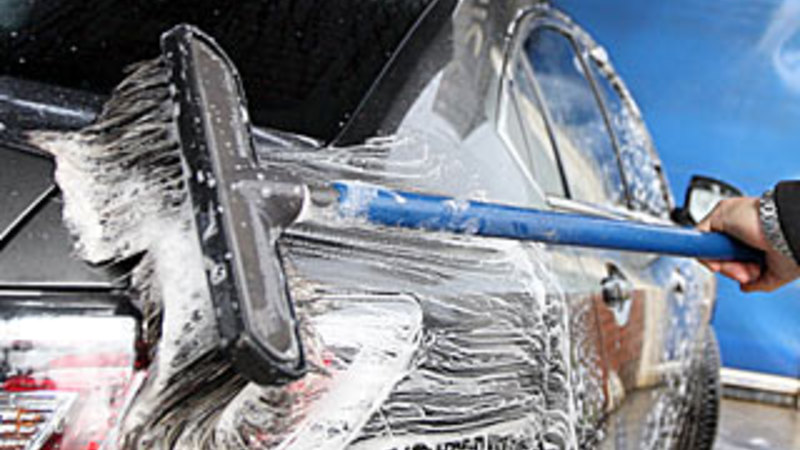 By Friday, Victoria Police said the fine had been revoked, explaining that errors were sometimes made and people were allowed to buy goods and services from commercial outlets that had not been ordered to close, so long as they observed social-distancing rules.

In a video recording taken of the incident, the officer tells the man he, too, was an essential worker but he was not out washing his car at 1.15am.

“Because you’re f—ing at work,” replied the man.

Towards the end of the interaction, the officer asked once more: “So what’s your reason for breaching the COVID-19 laws?”

The man again explained that he was an essential worker who worked long hours. “Oh yeah, you did say that, yeah,” the officer replied, before handing the man his licence and informing him he would receive an infringement notice in the mail.

The confusion over which activities are likely to attract fines has prompted businesses to seek clarity about the guidelines.

Kara Pietsch, an immunocompromised sales consultant at the Flooring Centre in Nunawading, said businesses needed clear advice on how they should operate during the stage-three restrictions.

“Business was thriving and then [coronavirus] hit so I’ve got people calling saying are we allowed to come in? And we don’t know what to tell them, and we say well, we’re open,” Ms Pietsch said.

A spokesman for the Victorian Health Department said “businesses remaining open during this time must adhere to the physical-distancing and hygiene requirements”.

“If you can stay at home, you must stay at home … We ask Victorians to stop looking for loopholes. Just do the right thing.”

On Friday, police arrested a man and fined 26 people for attending a pro-refugee protest in Preston, in Melbourne’s northern suburbs.

Police told the group earlier this week they would attend if the protest took place.

The protest organiser is in custody for allegedly “inciting members of the public to join a planned protest”.

“While Victoria Police respects the public’s right to protest, these are extraordinary times and the health and safety of every Victorian needs to be our No.1 priority at this time,” a police spokeswoman said.

PIECE OF FURNITURE It’s farewell, of a sort, to one of the television industry’s great …