Breaking News
Home / Business / We shouldn’t read too much into sharemarkets rallying, our economic crisis has just begun

We shouldn’t read too much into sharemarkets rallying, our economic crisis has just begun

admin April 10, 2020 Business Comments Off on We shouldn’t read too much into sharemarkets rallying, our economic crisis has just begun 127 Views 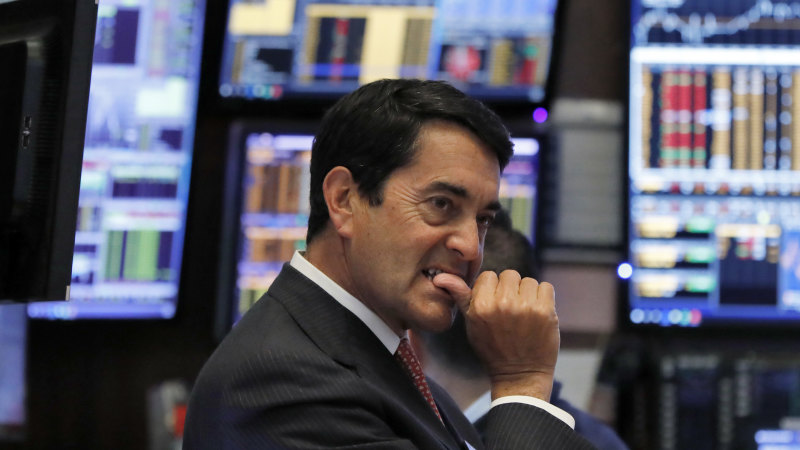 Some countries also have bottlenecks in reporting, as saving lives is more important than paperwork when you are at the front line. All of this means that infection and death rates are probably under-reported – and differences in the type of information collected means it’s difficult to compare data from one country to the next.

For an investor trying to make an informed decision, the data-uncertainty problem is all encompassing. The length of any lockdown will determine the extent of the fallout, but we still do not know how long these will last. This means that any forecasts of economic performance or a company’s profits are no more than guesstimates. Nobody has the data from which they can make an accurate call.

Governments have some very tricky decisions to make, as they attempt a delicate balancing act between health and wealth. In the UK, the initial lockdown was supposed to last three weeks, but a review of this decision has been postponed. Edward Argar, the health minister, has warned that there is now no date set for a review. This recent market rally was also driven by hopes of phased releases from lockdown starting soon. Right now, this appears unlikely. We are probably going to see lockdowns for longer than hoped.

Restrictions on movement in France are set to continue. France went into lockdown on March 17, and it has already been extended once to April 15. But it is almost certain that there will be an extension, as Édouard Philippe, the prime minister, has already warned. The Bank of France expects to see a 6 per cent GDP contraction in the first quarter, the biggest slump since the Second World War. Even this could be optimistic and the impact in the second quarter will probably be even worse.

The situation in the US is of great concern given the country’s slow initial response, lack of testing and its economic importance to global trade and markets. The world’s largest economy has recorded by far the most COVID-19 infections of any country, with the total now almost five times that of China.

California, one of the country’s most significant economic engines, has not suffered as badly as places such as New York. But authorities indicate that its lockdown will be extended after they revised their estimate for the virus peak in the state from mid-April to the middle or end of May. It is likely that there will be more restrictions introduced across America.

So, we are uncertain about data relating to the number of infections. The economic implications of shutdowns remain unclear because there’s no way of predicting how long they will last. The impact on companies is therefore difficult to predict.

Management at many companies have withdrawn guidance on sales and profitability, so analysts trying to work out what will happen to earnings have a challenge here too. Economic data releases are only now starting to give an indication of the virus’s initial impact, but we are now entering a period of gloomy headlines as the data catches up with the acceleration of the crisis. The sharp rise in unemployment globally is also likely to hit consumer confidence, with spending being significantly reined in.

Given the speed at which the global economy is entering a recession we need the second quarter’s economic data and corporate earnings to be out in the open before a much more constructive stance is appropriate.

A good rule of thumb is that equity markets tend to find a firm footing roughly one quarter before the end of a recession. This doesn’t look likely soon, although a buy signal will eventually materialise. However, this bear-market rally has provided investors with one opportunity: the jump in equities has given a chance to exit riskier positions in companies that are over-leveraged or face trouble ahead. Data uncertainty means now is not the right time to buy for the long term, now is the time to adjust and prepare. The chances of a new low remain high.

Previous ‘Sudden black hole’: The US economy is cratering at astonishing speed
Next How to stay safe on Houseparty and Zoom