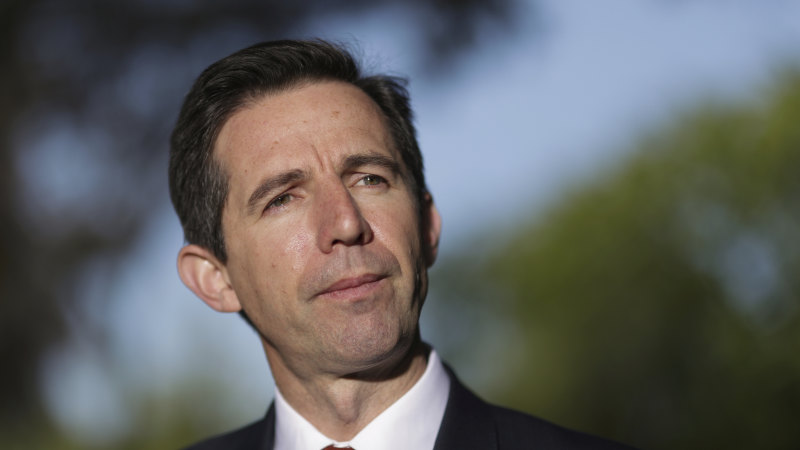 “You should really be thinking about the type of trips you might take in Australia when restrictions on travel are lifted on travel in Australia, however many months away that may be.”

The federal government has banned Australians from flying overseas in most circumstances and ordered anybody coming into the country to go into quarantine for 14 days, usually at hotels supervised by the Australian Defence Force.

The restrictions are costing the tourism industry $4 billion in lost business from international travellers and $5 billion from domestic travel each month, according to the Tourism and Transport Forum.

The lost wages across the tourism sector could reach $13.3 billion this calendar year but TTF chief executive Margy Osmond said employers accepted the need to “hibernate” with the help of the government’s JobKeeper wage subsidy.

With no certainty about containing the virus, the federal message is for Australians to plan for limited holidays within their own state if and when current restrictions are eased. Only later would travel between states become possible.

Asked whether the international bans would stay for this calendar year or beyond, Senator Birmingham said: “It’s very difficult to predict and nobody should be getting ahead of themselves at the present.”

The minister said he had held “heartbreaking” conversations with people in the tourism business but believed the border controls would remain necessary while COVID-19 was devastating some countries.

“The failure of many nations to contain the virus will have profound health and economic implications for those countries,” he said. “What the consequences are, in terms of stability of government and civil unrest, is impossible to predict at present.

“We’ve put the interest of Australians first, protecting Australians, but of course we will do all that we can beyond that to help those within our region, especially our Pacific Island family, to get through it.”

Ms Osmond said the recovery in the tourism industry would be built on the back of big companies, such as the airlines, and major employers would need more federal support over time.

Travel destinations hit by bushfires over summer could benefit from the focus on domestic travel over time.

“What’s likely to happen in terms of the industry is that domestic travel will probably be the top of everybody’s agenda for the next two years,” she said. “If it’s not domestic, it might be a little bit to New Zealand.

“I don’t think that even when it’s possible for people to travel internationally that it’s going to happen instantly across the whole marketplace.

“Young people, for example, are the last to stop travelling and the first to start travelling again, so within the market there will be some groups who will choose to go overseas.”

Australian Tourism Export Council managing director Peter Shelley said employers who arranged travel for overseas visitors had been hard hit but accepted it would be “quite a while” before they recovered.

“We’d be optimistic about something happening in the fourth quarter of this year but, really, it’s probably toward the end of the year or the start of next year,” he said.

Mr Shelley said his members would have to “eke out” a living during the “hibernation” period but were grateful for the JobKeeper wage subsidy of $1500 a fortnight.

Previous ‘A fish is a fish’: Sydneysiders eating harbour fish despite warnings
Next Helpline calls by family violence perpetrators ‘skyrocket’ amid isolation