Pollutants from new Sydney tunnel to soar without stricter standards 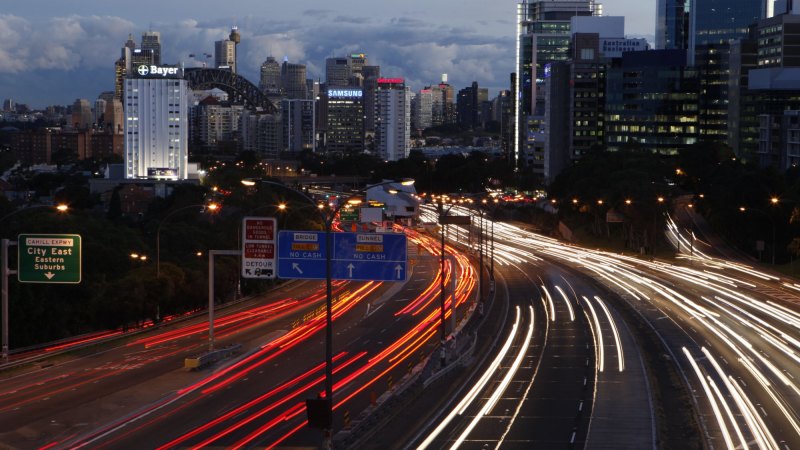 Transport officials’ analysis states that the mass emission rates of nitrogen oxide and nitrogen dioxide are estimated to be 12 to 26 per cent higher than what is predicted in the environmental assessment if the tougher European standards are not implemented.

Mr Johnston, who lives at Balmain and worked for the Environmental Protection Authority for almost three decades, said the government needs to impose tougher limits on emissions from the new twin tunnels under the harbour before they were built over the next six years.

“There needs to be a stringent limit so that the operator of the road tunnels has to regulate vehicles that pass through and charge them accordingly,” he said.

“At present, there is no incentive. There shouldn’t be any free riders – you get charged for what you do. The whole regulatory regime needs to be set up around emissions being reduced.”

The Greens MP for Balmain, Jamie Parker, said the figures in the environmental report for the tunnel project were based on the assumption that the federal government would introduce world-class European engine standards by next year, which “is simply not going to happen”.

“The huge variances coming out of this [environmental report] mean that the community can have no confidence in the predictions the government is making about air quality in the future,” he said.

“Filtering the exhaust stacks is the only way to ensure that air quality and public health will be protected once concentrated pollution starts being generated.”

Transport for NSW, the agency responsible for the road project, said the ventilation systems planned for the Western Harbour Tunnel were designed for worst-case traffic conditions and would operate safely without any change to emission standards for vehicles in Australia.

“All ventilation systems for the Western Harbour Tunnel will be built to meet strict air-quality standards and strictly in compliance with any conditions,” it said.

Emissions from vehicles using the twin 6.5 kilometre tunnels under the harbour will be funnelled through a ventilation stack to be built at the inner-west suburb of Rozelle, and another at Cammeray on the north shore.

The Rozelle ventilation stack is one of three already slated for the area, while the 30-metre high Cammeray stack is planned near Ernest Street.

Three stacks will be constructed for the proposed seven-kilometre Beaches Link, which will connect to the Western Harbour Tunnel at Cammeray.

A spokeswoman for federal Transport Minister Michael McCormack said “key stakeholders” had consistently indicated that better petrol quality standards, which the government would implement from 2027, were required before “Euro 6” for light vehicles could be mandated.

“This is because the higher levels of sulphur and aromatics currently permitted in petrol in Australia can affect the operation of Euro 6 engines,” she said.

“The government wants a sensible framework that places savings for motorists and health benefits for the community front and centre while ensuring the vehicles that Australians value remain in the market.”

Previous Time for rethink on economy: Diversity needed to sustain society
Next Healthcare workers to be told who can and can’t have protective equipment