Race-by-race tips and preview for Newcastle on Tuesday

admin April 13, 2020 Latest News Comments Off on Race-by-race tips and preview for Newcastle on Tuesday 41 Views 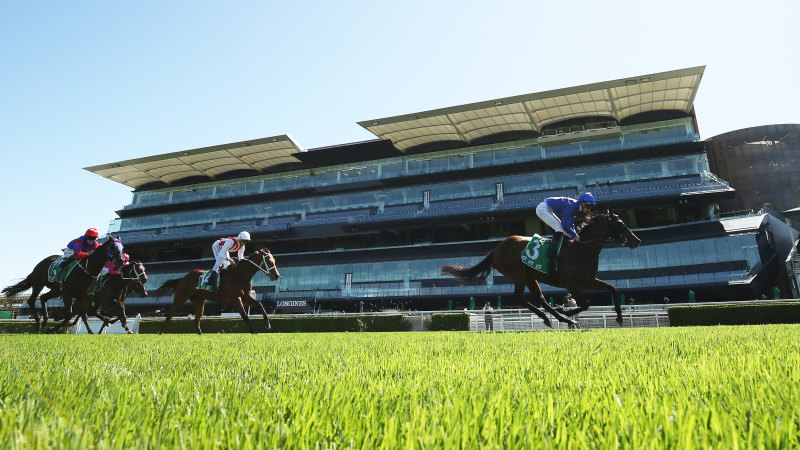 That incredible run of six straight seconds – four of them this prep – should be broken here for four-year-old Newcastle mare 2. Dreaming Of Gold, who looks a good thingfrom the Nathan Doyle stable. Has powered home from off the speed to miss by a whisker in her last three, and drops in a weight for a race with less depth.

Dangers: Another four-year-old mare, Wyong-based 7. Princess Ariana looks the only possibly threat from the inside gate after holding her ground behind smart Emanate who contested the Provincial Championships final on Saturday. Completing the four-year-old mares’ trifecta, expect sharp improvement second-up from 6. Natanya who dropped out resuming in a strong maiden at Warwick Farm.
How to play it: Quinella 2 and 7 and trifecta 2/7/6.
Odds and Evens: Split.

Back to a good quality dash over the scamper trip for a group of smart trial performers all resuming. Keen on Newcastle three-year-old 4. From The Hip from the Phillip Atkins stable first-up off two trial wins. Drawn wide, but gets a crucial 2kg claim, and trainer has been very deliberate finding the right return race.
Dangers: Another impressive trial winner resuming, three-year-old Hawkesbury filly 10. Jokes draws to get a soft run off the speed, and trainer has removed blinkers. Newcastle three-year-old 7. Stooge has been gelded, and draws to be a threat off a freshen-up and dominant soft track trial win, but is yet to run a place from three fresh runs so far while another Newcastle filly, 12. Vinrose, is best of the rest resuming off two quiet trials.
How to play it: From The Hip to win, quinella 4 and 10 and trifecta 4,10/4,7,10,12/4,7,10,12.
Odds and Evens: Evens.

Still with the maidens, but over a middle distance, and like progressive three-year-old Hawkesbury gelding 3. Liam’s The Boss from the Brad Widdup yard coming back in grade and trip after outclassed in the group 2 Alister Clark at Moonee Valley. Previously has swept home this track and trip to miss by a long neck, and strong rider gets back on.
Dangers: Watch the betting on three-year-old Randwick debutant 1. Reinvest (Redoubte’s Choice x Invest by Dehere) who has had two recent trials and draws the inside while Wyong mare 10. Oakfield Tickets looks better suited here fourth-up and down in weight.

How to play it: Liam’s The Boss to win.
Odds and Evens: Odds.

Loved the first-up run here of four-year-old staying mare 2. La Grisa, from the John O’Shea stable at Randwick, who made up plenty of ground from a mile back in a good quality BM70. Will drift back again from a wide barrier, but will be storming home over this longer trip.
Dangers: Early short-priced favourite 1. Pride Of Adelaide is the obvious threat coming back from the much tougher group 2 Tulloch Stakes. Previous front-running form up to the mile as a raging fancy had been dominant. Will come across from a wide draw and try to dictate, but has to beat a good horse carrying 59kg. Be surprised if anything else wins, but include in exotics Warwick Farm three-year-old 3. Trust The Process who was scratched from Warwick Farm on Monday, drops a long way in class from the group 2 Phar Lap, and form over the mile in spring was good while improving three-year-old filly 9. Fill Of Fun can be competitive off a nice maiden win second-up at Gosford.
How to play it: La Grisa to win and quinella 1 and 2.
Odds and Evens: Split.

Same grade, but back in distance, and it’s a more open affair. Smart three-year-old gelding 1. Mo’s Crown from the Jason Coyle yard at Warwick Farm looks very hard to beat from the draw over this journey, and dropping significantly in grade. Improved to be beaten only 1.4 lengths in listed company at Rosehill third-up, and is in okay at the weights under 59kg considering his superior black-type form.
Dangers: Improving Wyong four-year-old 4. Aytobe is ready for this class after bolting in his maiden at Wyong second-up, and drops in weight for this tougher test. Warwick Farm mare 7. Joy And Mirth has plenty of ability and can peak second-up despite a wide draw. Finished hard from well back first-up in heavy ground at Wyong, and even better suited on firmer footing. Rival three-year-old Warwick Farm colt 2. Texas Forever has been freshened after two runs back in metro company, narrowly winning his maiden first-up. Loves firm ground, but has to overcome a horror gate.
How to play it: Mo’s Crown to win and trifecta 1/2,4,7/2,4,7.
Odds and Evens: Split.

We save the most open race for last, and there are plenty of chances headed by progressive three-year-old 7. Navy Cross from the Waterhouse-Bott stable at Randwick who resumes off two trials, and comes to hand quickly. Chased home a smart one first-up over this trip last spring before scoring back-to-back dominant wins up to this grade. Draws to get a handy trail a few lengths off the speed.
Dangers: Watch the market on Rosehill and former Victorian-based 3. Anubis who resumes for the Chris Waller stable as a gelding. Weighted to his best, but hit the line hard first-up last time in a good quality metro BM70, and has trialled impressively. Stablemate three-year-old 5. Moreno also returns off a more modest trial, and drawn right off the track, but won his maiden in spring beating Zakat who is in terrific form at the moment. Newcastle four-year-old 9. Opinions is having a good prep charging home to easily win a class 2 here two runs back before again finishing hard to just miss in tougher company at Wyong. Will need luck to get in from a wide draw, but capable of running a cracking final 400m. Both six-year-old Wyong mare 11. City Of Love second-up and Warwick Farm four-year-old 12. Big Bad Bruce third-up are capable of driving into the finish.
How to play it: Navy Cross to win.
Odds and Evens: Odds.