Coalition MPs call for review of Australia’s WHO funding 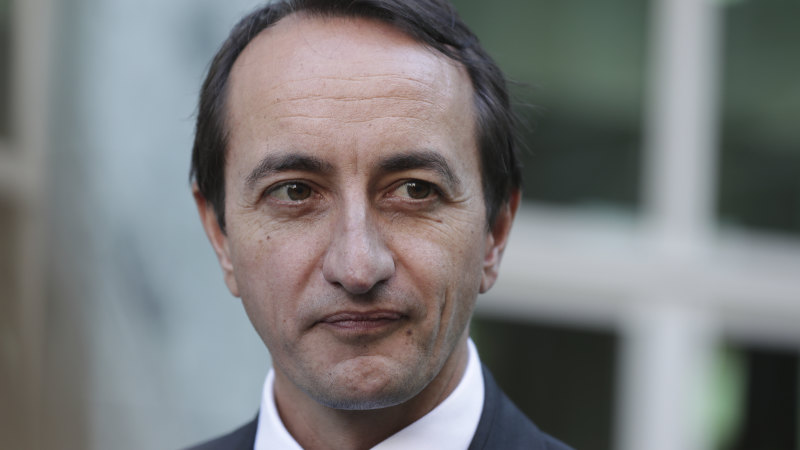 “Australia is not going to cease funding WHO as we work extensively and well with the WHO in our region, in particular to support the health needs of Pacific Island countries and in South East Asia,” she said. “Concerns about the WHO’s management in Geneva should not detract from this important and life-saving work.”

The MPs’ push comes after The Sydney Morning Herald and The Age on Wednesday revealed backbenchers from both major parties have called for the WHO to give membership to Taiwan, which has been blocked from joining by China.

Liberal MP Dave Sharma, a former senior diplomat, said Australia and other countries should undertake a global review into the WHO.

“Australia is a top 10 donor on any given year, which means we have invested a lot in this infrastructure and it’s been shown to be failing to reform,” Mr Sharma said.

“So I think we should make sure continued funding is contingent on a comprehensive review and audit. It’s something that a number of nations have an interest in so I would prefer it would be done on a global level.”

Liberal MP Concetta Fierravanti-Wells, who was minister for development in the Turnbull government, said a review into Australia’s funding to the WHO should be conducted through the parliamentary committee system.

“Australia has been a consistent and committed contributor to the international multilateral system through UN agencies. Regrettably, the system is mired by inefficiencies, duplication and undue political influences by totalitarian states that use the multilateral system to further their political ends,” she said.

“The recent pandemic has demonstrated that when push came to shove, countries made their own decisions. Through its actions, the WHO has demonstrated flaws in the UN system and why it can no longer function without major reform.

“It is time for us to be more strategic in where we commit Australian taxpayer funding.”

Labor senator Kimberley Kitching said the strength of the WHO was only as good as the buy-in from member states.

“The political objectives of one member state seem to have been given precedence by the WHO – showing us that it’s an organisation which would in fact benefit from deeper engagement, especially that which reflects our values,” Senator Kitching said.

“As a trusted leader in the Indo-Pacific region, and a good global citizen, Australia should advocate for values-based engagement at a time when this is being severely undermined.”

Mr Morrison said Australia declared a global pandemic “weeks before the WHO”.

“If we were relying on their advice then I suspect we would be suffering the same fate that many other countries are,” he told 6PR radio station. “The WHO also is an organisation that does a lot of important work including here in our own region, in the Pacific. We’re not going to throw the baby out with the bathwater, but they [the WHO] are also not immune from criticism and immune from doing things better.”