admin April 15, 2020 Sport Comments Off on Moroney hoping Tofane will be blast from the past in All Aged Stakes 43 Views 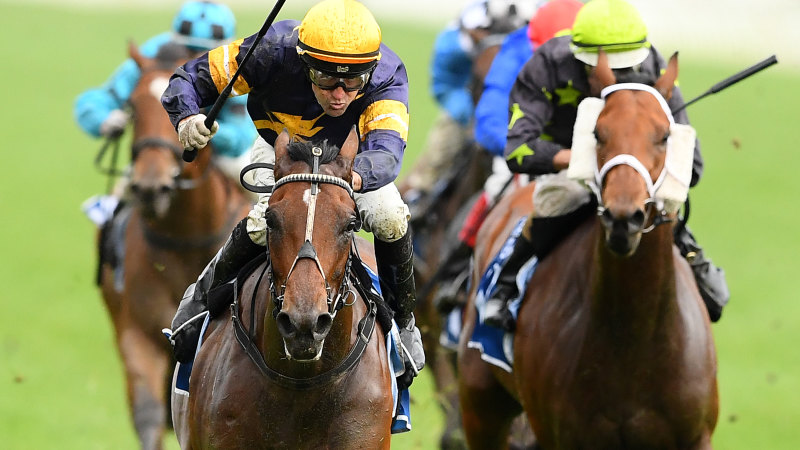 “It has been amazing how similar her runs have been to his in the Newmarket and the TJ, and she has also been able to run third in The Galaxy.

“After the TJ we could have gone back to Adelaide for the Sangster against the mares, but I want to see her at 1400 metres because I think it might be her best trip.”

Tofane was twice a group 3 winner in the spring, but Moroney kept her to group 1 company this preparation starting in the Lightning Stakes where she was run off her legs.

But her performances in the Newmarket and TJ Smith reminded Moroney of Tivaci: as he did, Tofane ran the best late sectionals in the TJ Smith as she stormed into fifth.

“She hasn’t had a lot of luck in the preparation,” Moroney said. “In the Newmarket, Michael Dee came back and just said sorry because he struck to the instructions.

“She had jumped best and instead of going with her he tried to find cover and it just didn’t work out because she got no luck getting out.

“In the Galaxy we let her run and she was as close to off the bit as I have ever seen her in a race, but still ran third in photos.

“The TJ she got back out of her ground because of the wide gate and was really strong late. There hasn’t been a run that I have been disappointed with in the whole preparation.

“We think she is a group 1 mare, we are just looking for the right race with her and it could be Saturday.”

Tofane is kept safe at $10 in the Beteasy market, which has TJ Smith runner-up Santa Ana Lane the favourite at $4.60, Pierata and Bivouac at $4.80 and George Ryder Stakes winner Dreamforce the only other horse under double figures at $8.50.

The Randwick track continues to improve with the good weather this week and was rated a soft six on Wednesday with a couple of good drying days to come.