Not all parents on good terms with remote schooling directive

admin April 15, 2020 Victoria News Comments Off on Not all parents on good terms with remote schooling directive 132 Views 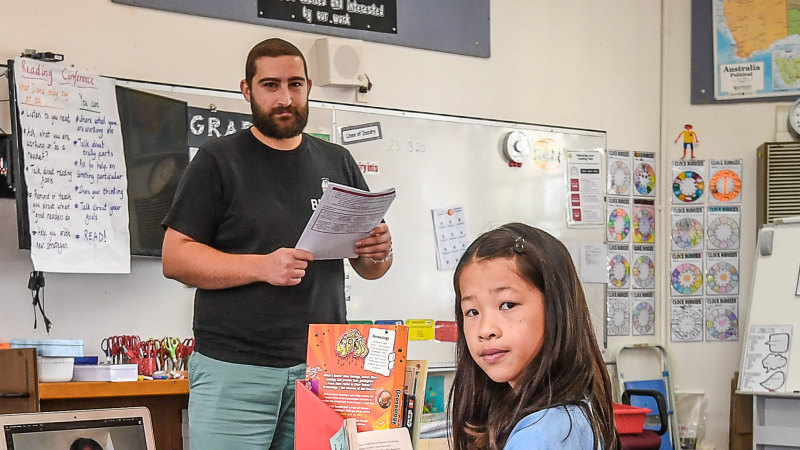 The children’s desks were spaced far apart and they were drilled to keep their distance from each other at recess, Sophie said. The school playground was also out of bounds.

“We played around with our friends but there was no touching, we had to be 1.5 metres apart,” she said.

Schoolwork was also different, more like homework, she said.

The Andrews government says parents who can work at home must stay home, and that their children will be taught remotely.

Ms Yong said the school community in Kew had largely taken the message on board, but that the remote schooling directive would put some families under pressure.

Prime Minister Scott Morrison urged schools on Wednesday to stay open for students whose parents would otherwise face a choice between their children’s education and their own employment.

Lex Vasdekis, a senior sales executive with an IT company, also had to work on Wednesday, but from home and said he was finding it “a nightmare”.

He was unhappy at being told by the primary school his son and daughter attend that he has to keep them home.

“The Chief Medical Officer and the Prime Minister have been clear it is safe to go to school, but clearly from a state level that directive is not being followed,” Mr Vasdekis said.

His wife owns a hair salon and had to go to work on Wednesday, so he was juggling the demands of his job with the educational needs of two children.

“I’m being forced to be at home working full-time, running from room to room this morning trying to help kids and take work calls. I’m in sales, if I’m not doing deals I’m not getting paid, so I’ve got to take the call. It’s just crazy,” he said.

Mr Vasdekis submitted an application to his school, Parkhill Primary in Ashwood, to send his children in for two mornings this week when he had a clash in his diary. They told him no, he said.

Dave Hewison, a freelance photographer and single father, says he had to argue with his school to have his reason for wanting to send his 10-year-old son to school accepted.

“What upset me was it took so long for me to justify why he should be in school,” he said.

Parents are required to submit a form stating the days and times their children require on-site supervision, but Mr Hewison said that was impossible for him.

“I’m a freelance photographer, I’m being sent out by an agency on an ad hoc basis, I don’t know the hours or days that I will be at home.”

Mr Hewison said he eventually got around the problem by requesting his son attend every day, although he intends to keep him home sometimes.

A soil processing site must be 200 metres away from schools, homes and health services …