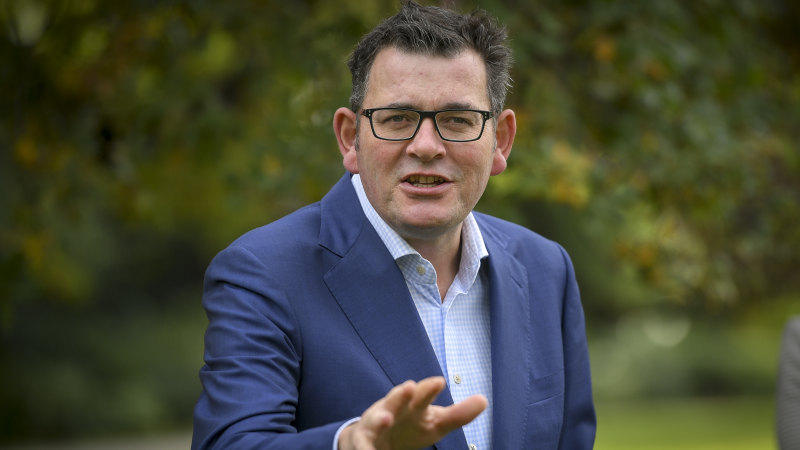 “There has been so much work done to get it right for our Victorian students.”

Victoria is the first state to start term two and schools have been instructed to open only to vulnerable children, those with special needs or the children of parents in essential jobs.

School workers told The Age that some parents took their children to school on Wednesday morning – in some cases because they heard the Prime Minister said they should – but were turned away.

Victorian Opposition Leader Michael O’Brien said the “very concerning reports” were a sign there was “way too much” confusion about Victorian schools.

He suggested any child who needed to go to a state school should be able to attend in person.

“It’s the parents’ decision, not that of the school,” he said.

Federal Education Minister Dan Tehan said he agreed with Scott Morrison’s message, telling parents they should not “feel guilty about sending your children to school”.

However Mr Andrews backed parents and schools to resolve any confusion over whether they should send their children to school.

Before the term began, Victorian teachers were encouraged to contact parents and create a list of the students who would be attending school out of necessity.

“The whole notion of what is critical has changed a lot. Every parent will make those important decisions.”

Essential workers who were unable to work from home were not just healthcare workers, Mr Andrews said, they also had jobs such as supermarket workers, truck drivers and public transport staff.

While the Prime Minister made no specific reference to Victoria’s arrangements, Mr Andrews said he believed Mr Morrison and Mr Tehan were reiterating Victoria’s advice that schools should be open for children who needed it.

“There’s no difference in our approach,” Mr Andrews said.

“I think the federal Education Minister has made it abundantly clear that our settings are absolutely consistent with what every government in the country wants to see happen. Stay at home. Learn from home if you can.

“If, however, your circumstances mean that you can’t, school will be open for you. And the curriculum, the method of learning as well, will be identical.”

The Premier added that moving to online learning was crucial to Victoria keeping new coronavirus cases down, after only eight new cases were diagnosed overnight to Wednesday.

“Logic simply tells you if you’ve got a million kids and their parents, and a full complement of staff, moving to school and home from school every day, that’s hardly consistent with us telling people to stay at home,” he said.

Education Minister James Merlino said the “vast majority” of parents had followed the advice and to keep their children home if they could.

“Onsite attendance was very low across the state,” he said.

“We always said it wouldn’t be perfect but I am happy with how our schools have worked through a significant change to the way they operate. A small number of schools had no children attend school at all and operated entirely remotely.”

Compas, the intranet platform used by most Victorian secondary schools, reported activity on Wednesday was six times higher than the platform had ever experienced, causing interruptions for about 30 minutes.